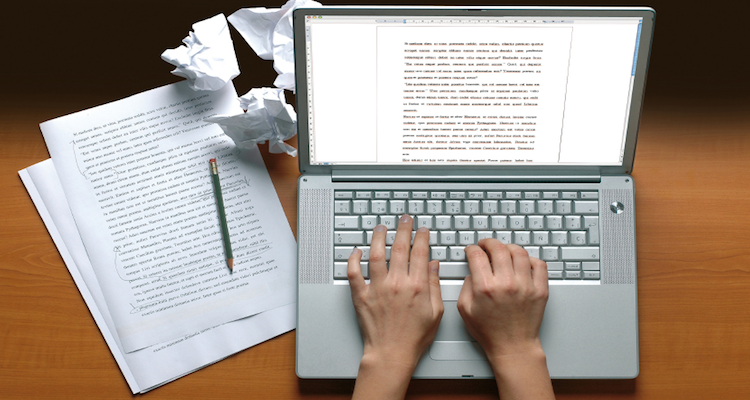 The Writers’ Guild of South Africa (WGSA) in collaboration with the Department of Sports, Arts and Culture (DSAC) has developed a basic screenwriting course for emerging screenwriters, which has been translated into all South African official languages. This after the WGSA conducted a Train the Trainer course for 20 professional screenwriters. Ten of those trainers will be conducting the pilot training sessions across South Africa.

Emerging writers from all over South Africa are urged to apply to for the Writers’ Guild of South Africa Skills Lab – a two and a half-day training which will be conducted in various languages in the different provinces. There’s limited space per class, so its important to apply as soon as possible. Although the classes are held FREE of charge, applicants are required to become a WGSA member (Candidate or Student) if they are not as yet.

The training schedule for October and November 2020 is as follows:

More information on venues and exact times will be shared in due course.

Anil Polton was born in Tongaat KZN, moved around a bit and back to his birth-town. He has entered the writing arena recently and enjoys it. Writing is now his full-time work. He writes screenplays, talks about writing, teaches writing sometimes and reads about writing, He loves the gym and his dogs. That is his writer’s life. There is not much time for anything else. And did he say he loves writing?

Ayanda Mncwabe-Mama is the co-owner of ILISO Films, a production company that has produced content for the SABC and e.tv for over 15 years. She holds a National Diploma in Video Technology from the Natal Technikon (DUT) and a BA Degree in Archaeology from UNISA. She has worked in the television industry as a researcher, scriptwriter, director and content producer for entertainment magazine programmes, factual children’s series and documentaries. As the founder and director of IQABA Film Festival, Ayanda is committed to developing and empowering youngsters who have the passion for the arts through her training company, AT YOUR ART Holdings.

Danile Mohlamme is a Filmmaker, a Project Manager, Writer, Mpumalanga Film Festival Director. She has contributed across many film programs in Mpumalanga. She created Mpumalanga film mart and Festival demonstrating strong leadership and consistent and active participation in every program and film workshops. She has also produced films made in Mpumalanga and A letter to Nanna documentary.   She developed and written a Documentary Titled I Remember the day and a film titled, The Lonely track. She recently led the assessment study of how Emerging scriptwriters and Mpumalanga filmmakers impact business and is now leading the Production team of filmmakers and authentic stories in indigenous languages assessment to define new business models to operationalize the film industry in Mpumalanga. Danile’s breadth of knowledge of the industry and incubation programmes and educational outreach programmes through film mart, as well as her passion, has enabled her to contribute across many projects. Her collaborative style is extremely effective in bringing out the best from all the filmmakers and writers in Mpumalanga by providing support and guidance while valuing all inputs and viewpoints.

Fisha Collins is a novelist and screenwriter, he has professionally worked with Amazon to publish his first long novel. He is part of US Kindle Direct Publishing, and he has embraced much of his screenwriting skills with Amazon Studios, much of editorial work on pilot scripts. He is affiliated with the New York Film Academy for screenwriting program. He graduated in LLB and served articles & I specialize in a most areas of law.

Mpaki Molapo is a film writer/director who works between Lesotho, South Africa and Berlin, Germany. Mpaki has an M.A degree in Theory in Film, Theory and Practise from the University of Cape Town and a directing diploma from the Filmarche film school in Germany. Mpaki has directed various short films and documentaries.     He has scripted over 60 episodes for various popular TV shows such as ‘Stokvel’ (SABC 2) and ‘Shooting Stars’ (E-TV.). He has lectured Film Theory and Screenwriting at various universities in Lesotho, South Africa, and Germany. Mpaki is presently about to direct a short film and feature film that was optioned at Cannes Film Festival 2017 and is developing a TV series optioned by a New York-based Production Company.

Ntombozuko “Twiggy” Matiwana is an award-winning director with an innate curiosity and love for storytelling and film. Born and raised in Grahamstown, Twiggy decided to study creative writing before studying film and has worked as an assistant director in the local industry. Her directing career began with several student films, notably ‘See, Speak and Hear no Evil’ a short film about violence against women that was accepted at the Encounters Documentary Film Festival in 2013.  She then went on to write and direct a 5-minute short documentary on Male Breast Cancer in 2013 and in 2014 her film ‘Waterless Flower’ was the only South African film selected amongst the finalist at The Spain Film Festival, the film focuses on water and basic sanitation around the globe. Her film The Bicycle Man won the Silver Stallion and a European Prize (2017) at the 50th edition in FESPACO, the prize allowed The Bicycle Man to screen at Cannes’ Short Film Corner 2017, the film continues to be screened around the world.

Phemelo Gregory Phiri was born on 12 May 1984 in Manthestad Village in Taung, North West Province. In 2005 he joined Motsweding FM drama department as a freelance actor. With no formal training or any training whatsoever, he wrote his first radio drama series titled Le Tla Go Tlhabela that was produced the same year. The series was well-received by the listeners. Another radio drama series titled Khupamarama conceived and written Phemelo hit the airwaves of Motsweding FM in 2007. Both drama series were written in Setswana. He then started screenplay writing learnership through SASWA. That’s where I met Ayanda Halimana who was one of the guest mentors. He joined Bomb Shelter as an intern and he was trained as a researcher, scriptwriter for Season 2 of Zone 14 in 2007 were he was mentored by Amanda Lane. He later that year wrote scripts for Zone 14 that were produced. In 2008 he wrote scripts for Zone 14 S3 that were also produced. In 2009 he joined Bomb Post Production as a trainee sub-titler and assistant editor and the following year, he started to work as a sub-titler and assistant editor and in 2013 he started working as Post Production Coordinator for Isibaya.  In 2014 he returned to writing and he co-created a television sitcom called Woza eDurban, also written a pilot episode for this project. The pilot was shot and used for editing lessons in the Durban Film Festival in December 2014. Also, in 2014, he wrote children theatre scripts for Bua O Itsose Project produced by IACSO, in Setswana. In 2015 he became Post Production Producer on The Road.  In 2016, he is working as Post Production Supervisor for Isibaya and co-wrote feature film project, the development of this film was funded by KZN Film Commission.  In June 2016 he left post-production and went back to writing and worked as storyliner for Isibaya Season 04 and 05. In 2017 returned to Post Production but continued aspiring to be a better writer, he was admitted in the NFVF Spark training in 2017 and after finishing the training he continued writing as he wrote a screenplay for a Mzansi Film that was produced in 2018. In 2018 he completed a level 1 Playwright Course with The Market Theatre Lab. Currently, he’s one of the senior writers in a Motsweding FM soapie from March 2019 to date. The soapie is written in Setswana.

Siphiwe Mbata was born in Soweto, Johannesburg. He grew up in Soweto and from a tender age, he grew up starring in local and international television commercials and films in South Africa. Television commercials such as the Borstol medicine TV commercial, Love life, Bibo, Pepsi international soccer, learning channel, Nedbank soccer and the renowned London 2012 Olympics short film which ensured London won the bid to host the 2012 Olympics. He obtained his BA degree in March 2014 at AFDA (a film school) situated in Auckland Park, Johannesburg. In 2016, he founded his Film and Television Production Company called Favour Media, which is based in Soweto, Johannesburg. Favour Media aims to help actors and aspiring filmmakers from Soweto and other provinces in South Africa by creating opportunities for them in the Film and Television industry. Siphiwe has written, directed and produced 12 feature films, which have been licensed by the broadcaster Mnet Mzansi Magic. 11 feature films were self-funded, and the Gauteng Film Commission (GFC) funded 1 feature film. His feature films also have people with various disabilities acting in them. Furthermore, his feature films and short films have played at numerous film festivals such as the Nile’s Diaspora international film festival in Kampala, Uganda. The Pan African film festival in Kenya, the Kleinkapp short film festival, the Ekurhuleni international film festival and the Kasi Vibe international film festival. His comedy feature film MaChancer won the award for best feature film at the 2019 Kasi Vibe film festival. Siphiwe has also been featured on television shows such as Talk Ability and 1-day leader to discuss the work he has done by opening up the industry and also working with people with various disabilities in his movies.

Siphokazi Mtila. A storyteller who is deeply passionate about South African stories and has found purpose in striving to bring these narratives forth, visible and loud enough for the whole world to witness. She graduated from Big Fish School of Digital Filmmaking in 2016 and has interned and worked on a few productions thereafter. In 2019 she was selected as one of the participants of the NFVF Female Filmmaker Project, where she wrote and directed her short film, Pretty’s Daughter, which has just entered the festival circuit and will be shown on SABC 1. Hot on the heels of that she received development funds from the NFVF for another one of her shorts, Majaivane, which she is currently developing.

Creative Director, Film & Television Producer/Writer, Tshenolo Mabale, grew up in Mahikeng, which is dubbed the “Home of Entertainment”. The vibrant city and its buzzing creative energy propelled Tshenolo to explore her creativity in its various forms. Starting off organizing arts and music events and eventually writing reviews for local talent shows (that groomed the likes of Cassper Nyovest & Fifi Cooper), Tshenolo entrenched herself in her work. This eventually led to her working as a production assistant for the satellite festival in Mahikeng hosted by the Out in Africa Gay & Lesbian Film Festival (Cape Town). Through this, Tshenolo had the opportunity to interact with producers, directors, and writers, locally and globally, and finally decided to pursue her first love: writing. She got her first professional break in 2011 scriptwriting for the ekasi: Our Stories series for e.tv. Since then, Tshenolo has gone on to storyline and write scripts for television shows such as Scandal! on e.tv, Greed & Desire, Ikhaya, the popular Lockdown 1 & 2 on Mzansi Magic (SAFTA Scriptwriting Winner), Emoyeni (SAFTA Scriptwriting Winner) and Generations.

ALREADY A MEMBER, RSVP FOR THE WORKSHOPS: https://docs.google.com/forms/d/e/1FAIpQLSfBG2107s3gf3x8Q0wk20HJhiY3Cc_9hfQ1woVH5ws105XFfg/viewform