The Ladima Foundation presents the Adiaha Award 2020 at Encounters 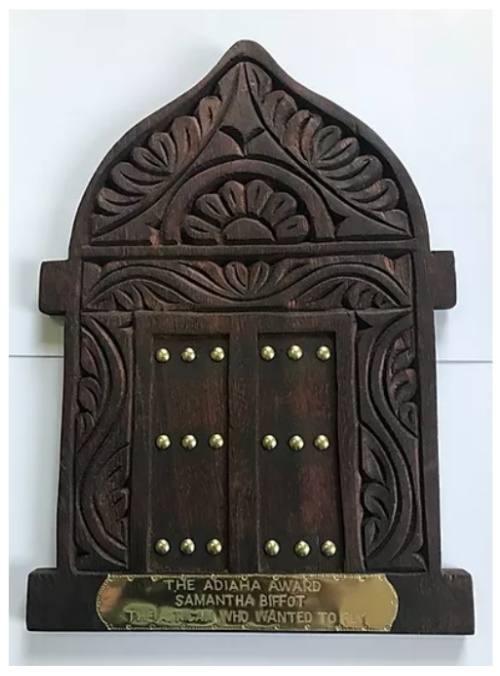 The Ladima Foundation is presenting this year’s Adiaha Award for Best Documentary Film by an African woman at the 2020 Encounters South African International Documentary Festival. The Award is a way to both recognise and incentivise women from across the continent to tell their stories through the powerful medium of documentary film. Previous winners have included Samantha Biffot for The African Who Wanted to Fly, and Philippa Ndisi-Herrmann for New Moon. The winner of the 2020 Award will receive $2000 towards their next production and an invitation to attend the Dortmund Cologne International Women’s Film Festival 2021 in Germany, where their film will be screened.

A winner will be selected from the five eligible films for this year by an all-woman jury of film practitioners from across Africa including Theresa Hill (Manager, STEPS, South Africa), Dina Naser (Filmmaker, Palestine, Jordan) and Patience Asaba Katushabe (Filmmaker, Kampala, Uganda).

Theresa Hill is manager at STEPS, a media for social change non-profit organisation.  She has worked on the award-winning Steps for the Future, Why Democracy? and Why Poverty? projects over the last 20 years. She is the acquisitions manager for the free-to-view Afridocs online documentary platform. She is a Ladima Foundation board member and has participated in various film festival juries and selection panels.

Patience Asaba Katushabe is a Ugandan based producer, she has worked on a host of short films, features, documentaries, and music videos including Queen of Katwe and A Fork, A Spoon, A Knight both by Oscar-nominee Mira Nair; three music videos commissioned by Universal Studios; FESPACO winner Mercy of The Jungle by Joel Karekezi and N.G.O. (Nothing Going On) by Arnold Aganze. She was also part of UNESCO’s Young Filmmakers Program as a producer and mentor and she worked at Maisha Film Lab for 5 years as coordinator and producer.

A Jordanian director and producer of Palestinian roots, Dina first graduated with a BA in Art and Graphic Design in 2003. And in 2013, Dina was granted the Docnomads scholarship program for Master Degree Documentary Filmmaking in Lisbon, Budapest and Brussels. Post graduating, she followed her passion for filmmaking, and worked her way through diverse TV & film productions. She then transitioned behind the camera, and began to independently direct and produce. Dina’s devotion for films is inspired by people who are seemingly ordinary, until you learn of their unsung circumstances, and by stories that spring from her homeland in Palestine. Her subjects are presented with poise and untainted perception, often touching on the veiled layers of certain communities and habitats.

The eligible films are:

Beyond My Steps | Angola | Kamy Lara

Join us for the live event on Sunday, 30th August when the winner will be announced – details to be confirmed.