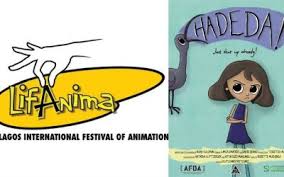 The 2019 third year AFDA Johannesburg graduation animation film, Hadeda, directed by female animator Nuha Suliman, has been selected as a semi-finalist at the Lagos International Festival of Animation, LIFANIMA, in Nigeria – taking place on 8 October 2020.

LIFANIMA is one of the major animation festivals on the African continent, hosted in Lagos which is home to Nigeria’s NOLLYWOOD, the World’s 3rd largest film industry. The festival is dedicated to the promotion of Animation in Africa and attracts the continent’s new generation of animators and visual effects talents and studios, as well as stakeholders in the film industry. Investors, producers, private and public sector stakeholders find LIFANIMA a compelling platform for networking.

Hadeda, is enjoying great success on the international film festival circuit, already being selected as a candidate for The Student Academy Awards and the CILECT PRIZE AWARDS.

Congratulations to the cast and crew of Hadeda!