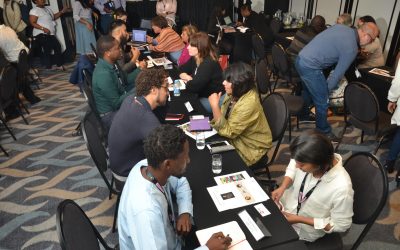 The Durban FilmMart Institute, the independent NPO which will now present the Durban FilmMart, Africa’s premiere film industry market, has announced the appointment of its inaugural board as it prepares for the 2020 online edition from 4 to 13 September.

“Now more than ever, there is an urgent need to deepen opportunities for growing the industry on the continent by meeting the challenges of development, international co-production and financing,” says Zitha. “DFM is an inspiring space that gathers talent from across all spheres of the filmmaking community in South Africa and the rest of Africa to engender the sharing of prospects and expert knowledge with passion.”

With continuity as key to the delivery of this year’s online edition, the event will be managed by the eThekwini Municipality’s Durban Film Office. Head of the DFO Toni Monty, who has headed up the DFM for the past 10 years says, “As a significant industry event for film in Africa, the decision to present an online version of DFM in 2020 is viewed as important to support the ongoing development and promotion of African content during these trying times. As we establish the new Institute, the Durban Film Office will strategize, plan and programme the 2020 DFM together with the Institute during the transition phase in 2020. The DFM team is made up of individuals who have valuable institutional knowledge of the event, and we are confident that we have an excellent industry offering with dynamic discussions, networking, learning and development opportunities for all participants.”

“We have chosen ‘A Brave New Cinema’ as our theme for this year, as we gather leading and emerging African film professionals together, to remind us that making cinema has always been and continues to be a collective act of courage,” says Monty.

DFM 2020 will spotlight the work of African producers who work to contribute cinema images that humanize, celebrate and canonize the struggles and beauty of African stories. At the centre of the engagements will be African filmmakers whose stories challenge oppressive structures, engage with dominant value systems and reflect anew daily experiences of the people and the continent.  “

The full programme will be released at the beginning of July, and accreditation will be on varying paid-for levels, with some free options.