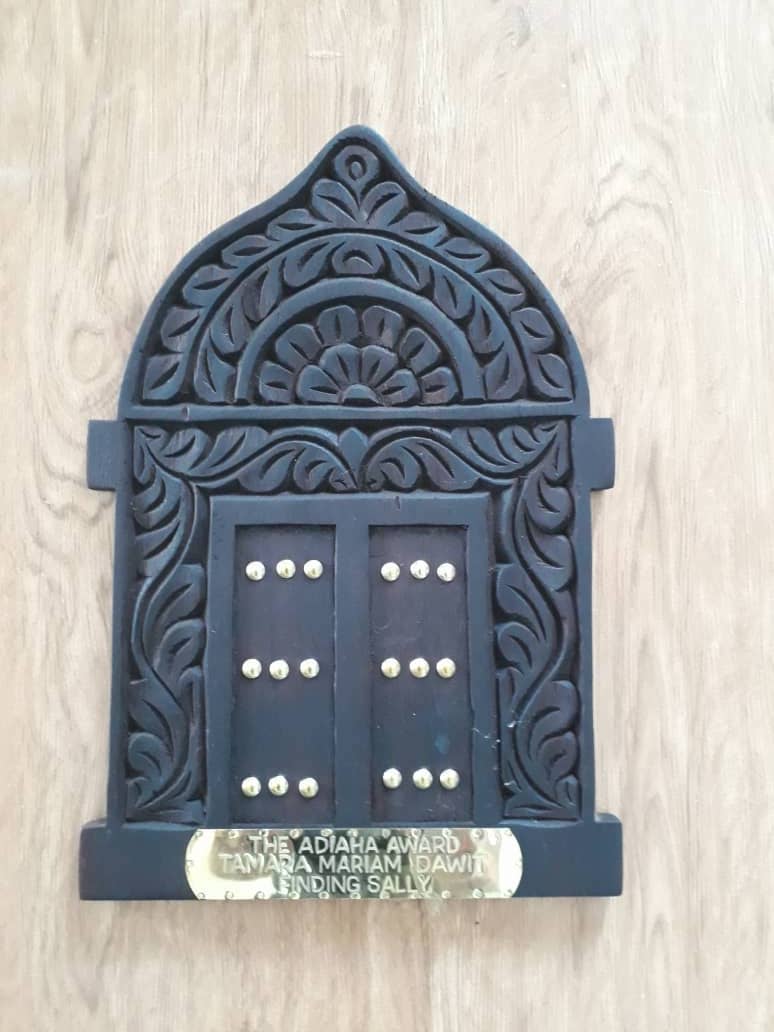 The Ladima Foundation presented the 2020 Adiaha Award for Best Documentary by an African Woman to director Tamara Mariam Dawit from Ethiopia for her film Finding Sally, on Sunday evening, 30 August, at the Encounters South African International Documentary Film Festival closing ceremony. The award was presented by Ladima Foundation board member Malu Van Leeuwan.

The Award includes $2000 towards Tamara’s next production and an invitation to attend the Dortmund Cologne International Women’s Film Festival 2021 in Germany, where her film will be screened.

The Ethiopian film Finding Sally is about a rebellious young woman who lands on the most wanted list when she joins the Ethiopian People’s Revolutionary Party. In the film, director Tamara Mariam Dawit interweaves her aunt Sally’s story with archival footage from the late ’70s, tracing together the pieces of Sally’s life, forty years after her disappearance. Finding Sally premiered earlier this year at HotDocs 2020.

“Finding Sally is a touching exploration of personal and collective history. The filmmaker questions notions of family, identity, belonging, personal conviction, idealism and political engagement. This film is not only about family history, it’s not only personal. It’s about a country’s history,” Hill commented.

The Adiaha Award was initiated at the Zanzibar International Film Festival in 2017 as a way to both recognise and incentivise women from across the African continent to tell stories through the documentary film medium. Previous winners include Samantha Biffot for The African Who Wanted to Fly (2017), and Philippa Ndisi-Herrmann for New Moon (2018).