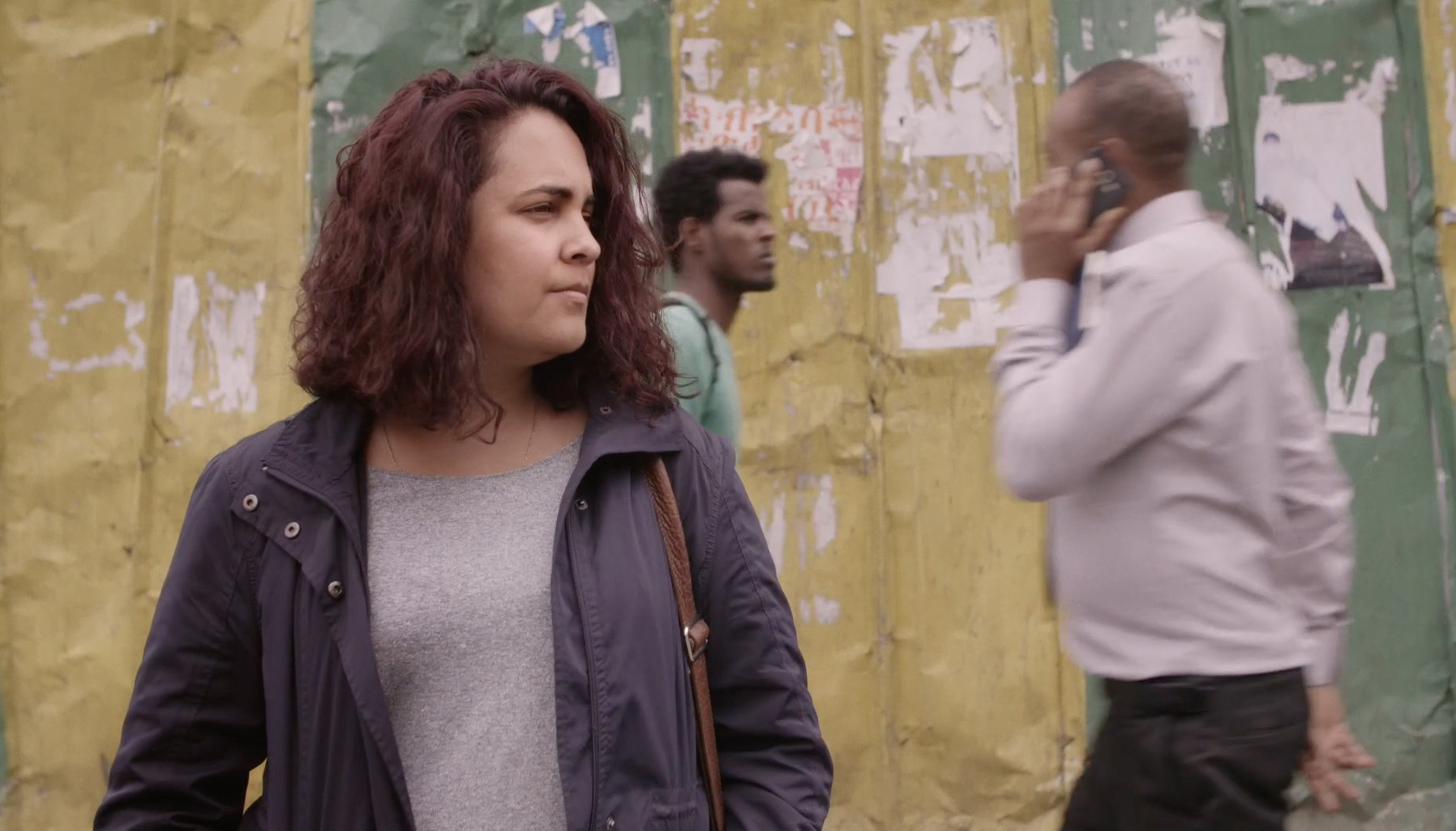 To commemorate Women’s Month, we will be catching up with some of our fellow African women in film and television throughout the month of August.

To kick off the series, we spoke to Addis Ababa-based, Ethiopian-Canadian filmmaker, Tamara Mariam Dawit. Tamara is the writer and director of the 2020 feature-length documentary Finding Sally, about a rebellious young woman who lands on the most wanted list when she joins the Ethiopian People’s Revolutionary Party in the 1970s. Tamara runs the production company, Gobez Media and also manages the Creative Producers Training Programme, which supports the development, training, and export of Ethiopian film and music content.

I have been working in the film sector for over a decade now. However I came into the film and TV industry after a decade of working as an arts producer primarily in music and theatre. My first foray into filmmaking was producing documentary television content as part of a partnership I had set up between an NGO and Canadian broadcasters.

What kind of stories do you enjoy telling most and why?

In all the artistic projects I have produced I have focussed on telling the stories of the individuals and communities we tend to not hear from directly in the mainstream media and often stories with a human rights or social justice slant. So in my past work this has included providing a platform to hear the stories of new immigrants, young people, women, and characters in the global south. The idea has always been to give space for individual voices to shine and people to share their experiences and ideas directly vs hearing from academics or other “expert” talking heads.

Your documentary feature Finding Sally, had its world premiere in April this year – please tell us a bit about the film and what the journey to making the film was like.

Finding Sally is a good example of my approach to telling stories. I knew I wanted to make a film about the Ethiopian Red Terror (a period of sustained state violence), however I didn’t want to tell the story from the perspective of academics (many of whom study the period are not even Ethiopian). I also didn’t want to look at this moment in history through a male lens – which is the point of view in most Ethiopian content about the period. So with that in mind the film is very deliberately only told through the perspective of female characters and is a collection of their memories about one woman, Sally, set against the background of the Red Terror. I think that by understanding Sally’s story it is easier to grasp the larger brutality of what happened in Ethiopia in the late 1970s and also for viewers to understand that what happened to Sally also happened to so many other young people in that period.

The journey to make the film was very long as it involved extensive research and also work to track down members (willing to talk) about the underground communist group Sally was involved with. As well, the film was financed in Canada and this was also a lengthy process, and meant that when it came time to edit there were many voices at the table with different views.

Why was it so important for you to tell this story?

It was important for me to make this story as the story of what really happened during the Red Terror is still something not widely discussed today in Ethiopia. Due to the pain for many people and history of silence it isn’t widely discussed in families or even in schools. So I wanted to make the film as an opportunity to reflect on the past and also to spark more conversation and sharing of memories. I feel strongly that when you don’t know your past and dissect it, moving forward can be fraught with errors.

What is the current state of the Ethiopian Film & Television industry in your opinion? Are there opportunities for local filmmakers?

Currently in Ethiopia it is hard to have a sustainable career or company in the film and TV sector. There are a number of things that negatively affect the local market such as access to post production, distribution channels, access to funding, banking and governmental polices, broadcaster license fees etc. However there is also huge potential given the talent levels of creators, appetite for local content and, specifically in Addis, the large number of cinemas. This is why I spent a good deal of my time in Ethiopia focused on industry development issues ranging from advising the government or various European agencies on growth potential or policy change and also providing training labs and mentorship for creatives. I’ve also started to work as a producer with some Ethiopian filmmakers to help them bridge the gap with their projects between the local market and the international industry.

With regards to racial diversity and gender-equality in the Ethiopian Film & Television industry, what is the climate like in your experience?

This isn’t something that has been specifically studied to date. I would say that the film & TV industry is very much based in Addis Ababa.  The participation of women specifically as directors/writers is lower than men but I think this is growing. I can say that for the programmes I run, I often need to do more outreach work to find female applicants and to encourage them to join. We also frequently have male applicants (writers/directors) with projects about women and often question them or push back asking for them to work with a female creative on the project as there are concerns about their point of view and ability to understand the story/characters. I think in the last year I have been pitched maybe 15 or 20 projects about a) the life of a rural midwife or b) a female student at university who is sexually assaulted. All of these pitches have come from all male creative teams. Women who apply tend to have more unique stories that don’t place their female characters in stereotypical roles.

What was been the biggest challenge of your career thus far?

I think the biggest challenge was to really take the time to learn the business side of the industry – to set up my own company and to be able to own and control my content. I think even if you just want to be a writer/director it is important to take the time to understand the producer’s work and the business models and systems that are part of brining your content to market.

I think the thing I really take the most joy from is the training work in Ethiopia and helping other filmmakers with their project development, linking them with a mentor or helping them access a lab.

What advice would you give to young women wanting to join the film industry?

I think this is really the same as my earlier answer about learning the business side. I think that in much of the commercial creative industries success is often related to understanding and navigating the business side much more then it is solely based on talent. So learn, attend everything you can and read and watch everything you can too. Not just films but also panels, and trade publications etc. The one benefit of COVID is with so many markets going online it is easier and sometimes much cheaper to attend a conference online.

I also think it is very important for African creatives to own or work through African companies so that they have a strong ownership in the IP of their content. Unlike many of the past experiences we have seen with African films produced and owned by European co-producers, or in the diaspora with content produced and owned by white production companies. We need the space to tell our own stories but we also need to have an ownership stake in that content.

What next for Tamara Dawit?

Right now I am working on a new documentary constructed totally from archive, which is something we moved forward into financing due to COVID-19. As well, I’m very excited to be working as a producer on films with other Ethiopian directors.