Triggerfish and E4D aim to diversify next generation animators 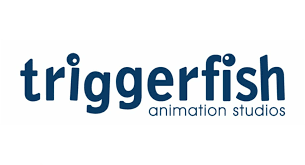 Triggerfish and the German-funded Employment for Skills and Development in Africa (E4D) Programme have entered a new partnership.

At CTIAF, the partnership launched a free online course on editing for animation. This is now available on Triggerfish Academy, a free digital learning platform that is opening up access to African animation industry experts. The course is presented by Kerrin Kokot, ​​animatic editor for a DNEG/Redefine animation series, who also worked in the editorial department on Triggerfish’s upcoming feature Seal Team and the Oscar-nominated short film Revolting Rhymes.

Kokot also presented an editing for animation workshop at CTIAF, alongside Clea Mallinson, who recently edited Sunrise Productions’ Jungle Beat – The Movie. This was one of four workshops that the Triggerfish-E4D partnership helped bring to CTIAF: Triggerfish producer Kaya Kuhn was part of a producing panel, moderated by Pixar alumnus Esther Pearl; Kay Carmichael presented the making of Troll Girl, her debut short film, produced by her production company Giantslayer Studios and Triggerfish; and Colin Payne, Triggerfish Academy’s CEO, presented a workshop on remote working best practices, reflecting on how Triggerfish shifted to become a remote work studio during the pandemic.

At CTIAF, the partnership also announced a 10-second animation competition for 18 to 35-year-olds. Prizes include a Wacom One graphics tablet and a 30-minute one-on-one session with Mike Buckland, head of production at Triggerfish. The entry deadline is midnight on 14 November 2021. For more information, click here.

“While so many businesses have been taking strain during the pandemic, the animation industry in Africa has been exploding,” says Triggerfish Foundation director Carina Lücke. “Among other recent breakthroughs for the African animation industry, Disney has ordered Kizazi Moto: Generation Fire, Kiya, Iwájú, and Kiff; Netflix is in production on Mama K’s Team 4; Cartoon Network is airing My Cartoon Friend and has greenlit Garbage Boy and Trash Can; and YouTube has renewed Super Sema for a second season. So despite everything, there’s never been a better time to be an animator in Africa.”