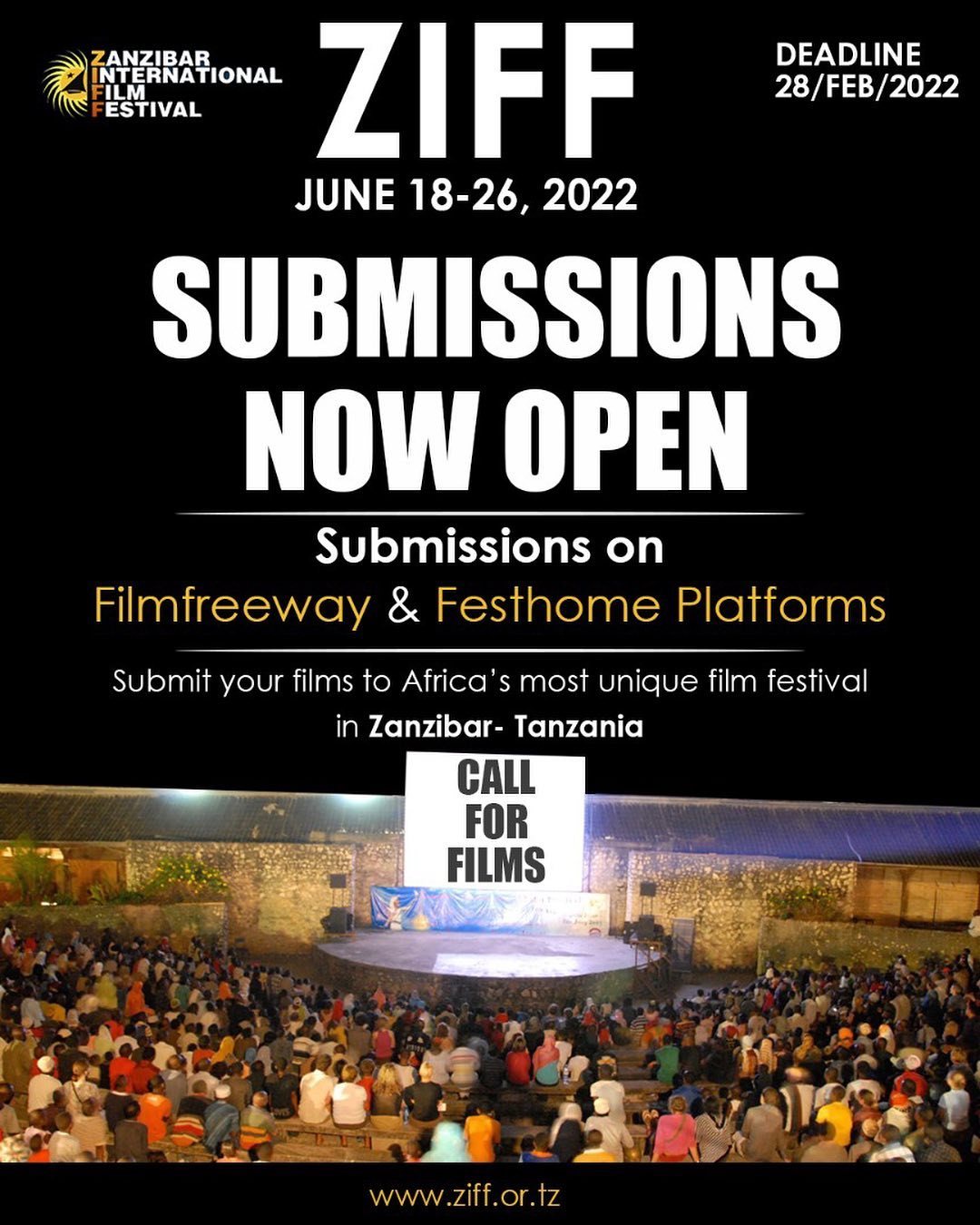 The Zanzibar International Film Festival (ZIFF) is currently accepting applications for African films (including from the African Diaspora) and films from the Dhow Countries region (South East Asia, the Arabian Peninsula, The Persian Gulf, Iran, Pakistan, India and the Indian Ocean Islands) as well as from all countries across the world. Films must be have been produced after 2020. East African TV Series in Kiswahili, produced after 2020, are also invited for competition.

Every year, ZIFF screens approximately 70 domestic and foreign productions and hosts a dozen complementary activities such as workshops, masterclasses, debates and roundtables, network events, panoramas and outreach screenings. The festival typically welcomes hundreds of guests from outside Zanzibar and presents 20 awards selected by juries of industry professionals.

Films reflecting the theme of global cultural interaction, cultural encounters or socio-cultural commentary will be given priority. Films must have been completed by between 2020 and no later than February 15, 2022. ZIFF will only accept submissions of works in progress after agreement with festival management.

The submission deadline is 28 February 2022.

Several awards with prizes in cash and/or services are presented by juries of local and international industry professionals.