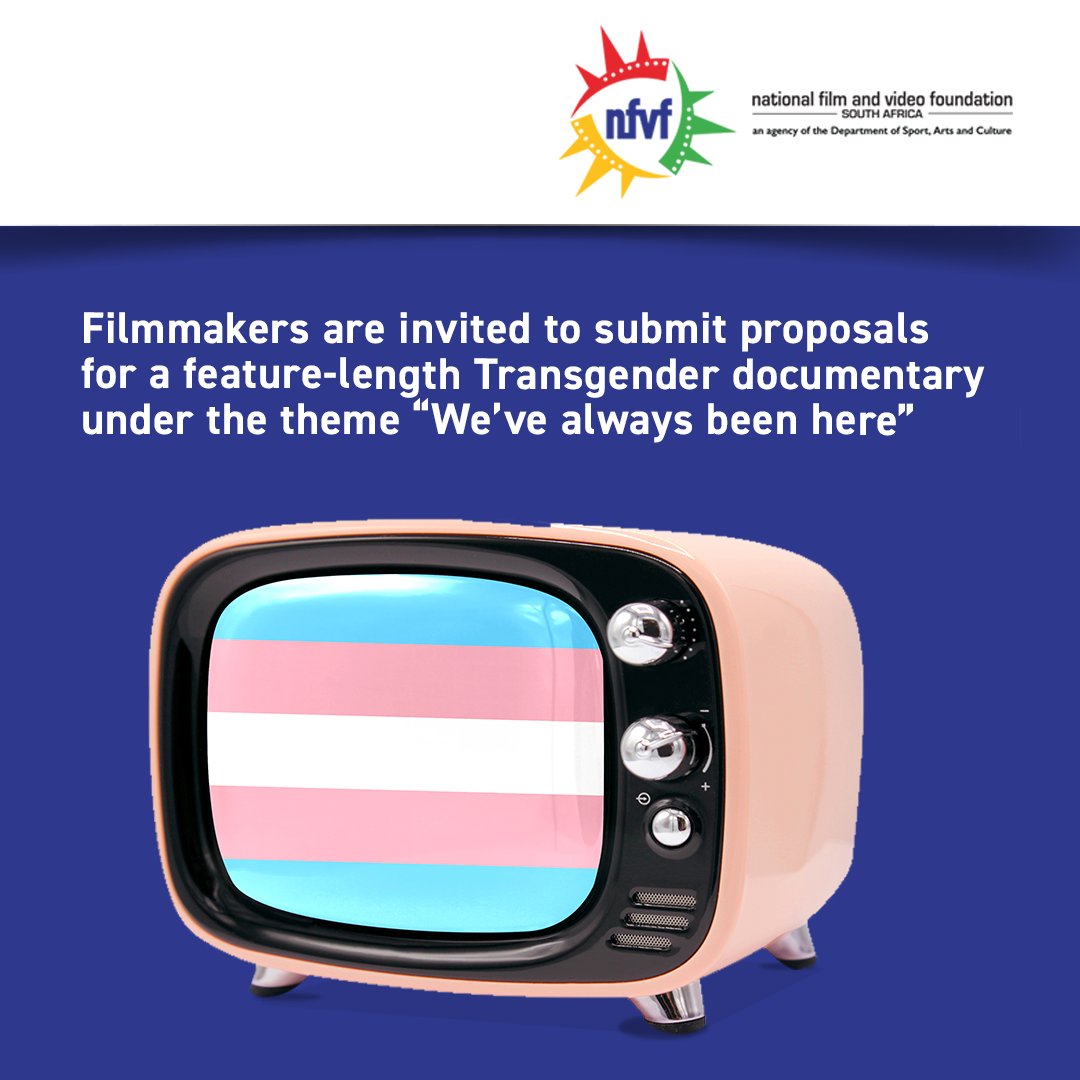 “I think for a very long time, the ways in which trans people have been represented on screen have suggested that we’re not real…that we’re mentally ill, that we don’t exist. And yet, here I am. Here we are. And we’ve always been here.’ – Laverne Fox, American actress and LGBQTIA++ advocate.

The National Film and Video Foundation (NFVF) invites TIER 1 and 2 filmmakers ONLY, to submit proposals for a feature length documentary film that creates celebratory transgender representation.

The call seeks to award funding to the value of R1 000,000 for the production of one feature length documentary under the theme “We’ve always been here”.

Since 2009, the 31st March has been named as the International Transgender Day of Visibility. In marking the importance of this day, Liberty Matthyse, a South African Transgender Activist states: “…it comes as a consequence of the erasure and the invisibilisation that we’ve suffered and were subjected to historically where we’ve been completely erased from the history of this world. And so it’s important to position our narratives to say that we are here, we’ve always been here and it’s important to tell the diverse narratives within the community because there’s not only one way of being trans or gender diverse”.

In response to the goals of the International Transgender Day of Visibility, The National Film and Video Foundation is seeking to approve a project that makes visible and celebrates the experiences of the transgender community, under the theme “We’ve always been here”.

Please note, preference will be given to projects that have members of the queer community as key crew members, i.e., producer, director, writer.

In order for a production company to be considered for this opportunity, the applicant must meet the following requirements:

The Closing date for applications is 17 January 2022 at 5PM SAST. Any queries maybe directed to Nadinec@nfvf.co.za.