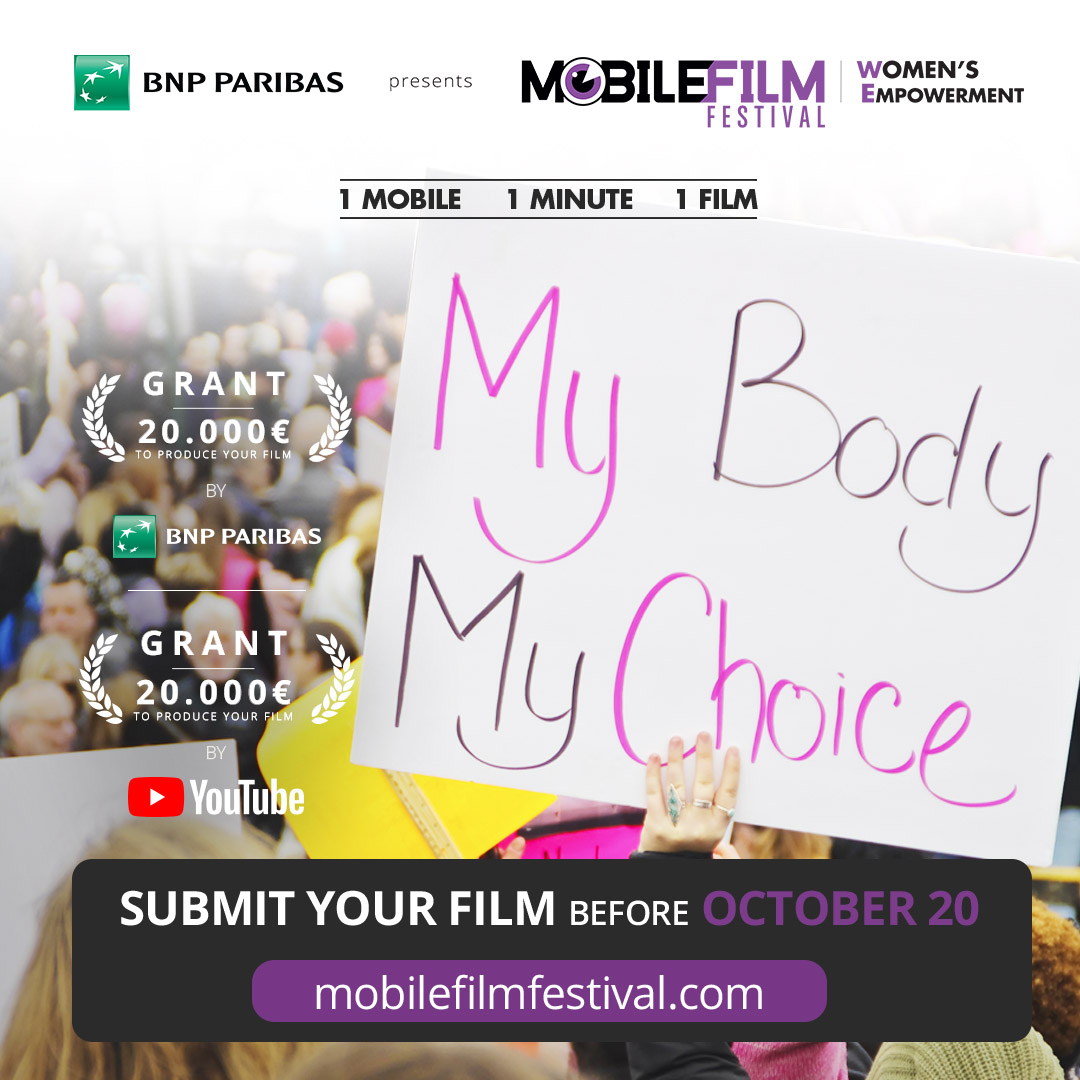 For its 16th international edition, the Mobile Film Festival invites filmmakers to create and submit films in any genre under the theme ‘WOMEN’S EMPOWERMENT’. Films are to be developed  according to the unique festival format: 1 Mobile, 1 Minute, 1 Film. Submissions close on Tuesday, 20 October 2020 at 23:59 GMT.

The topics and questions addressed in film submissions may be specific to the filmmakers’ country, culture or religion. Topics may concern the family, professional or intimate universe; be global or local; and should shine a light on the unacceptable realities still faced by many women. Filmmakers should focus on the fights of the feminist movement throughout the world, promoting equality and empowerment.

For this feminist edition, a jury of cinema professionals and activists – made up of women and men – will select the winning films from the 50 films in the official selection. This jury will be presided by Agnès Jaoui and is composed by Chiara Corazza, David & Stéphane Foenkinos, Anastasia Mikova, Tania de Montaigne, Marine Périn, Oxmo Puccino, Justine Ryst, Florence Sandis, Aloïse Sauvage and Anne-Dominique Toussaint.

This year, the Mobile Film Festival will award 7 prizes, and 2 grants – of 20,000 € each through its partners: BNP Paribas, that will support the International Grand Prize; and YouTube through its programme #EllesFontYouTube, for the French Grand Prize. These grants will permit the award winning directors to direct a short film in one year with professional resources and the help of a producer.

For 16 years, the Mobile Film Festival has defended the values of equality and accessibility, removing economic constraints for filmmakers by stipulating the use of the mobile phone and making registration free.

Register to submit your film.