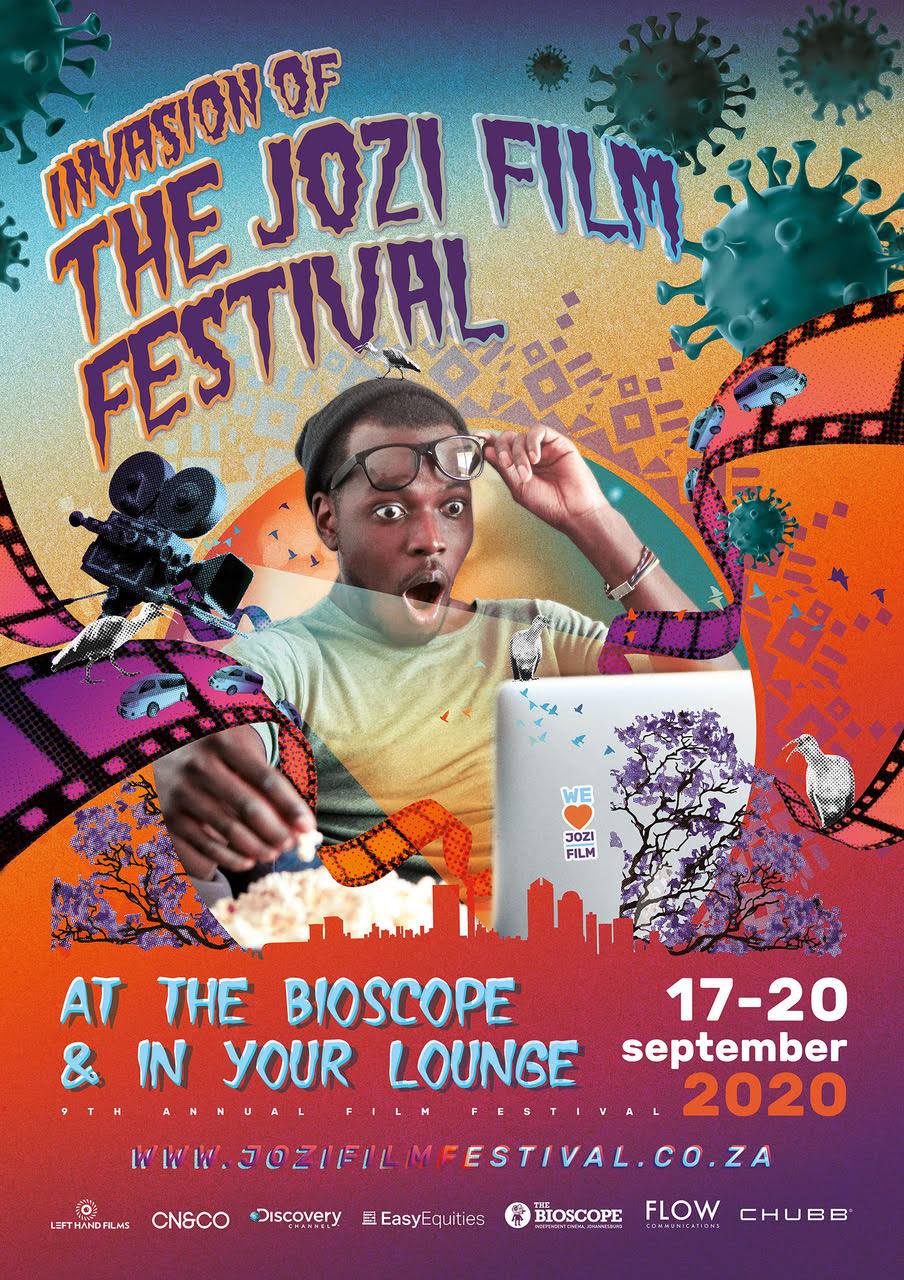 From 17- 20 September, the Jozi Film Festival  will be holding its first ever virtual festival alongside limited physical screenings at The Bioscope Independent Cinema where the festival began back in 2012. The Bioscope recently moved from Maboneng to 44 Stanley Ave and it remains Jozi’s only truly independent cinema. One of the major aims of this year’s festival, alongside the usual mandate of showcasing the talent of 2020, is to support The Bioscope during these challenging times.

To that end, one lucky person stands a chance to win a private screening at The Bioscope  (Sunday, 20 September at 12pm) – take a group of friends, your partner or the whole family! Follow Jozi Film Festival on social media to be in with a chance to win.

For the rest of the country, everyone’s invited to this year’s festival! Over 30 films will be available on-demand during the festival weekend (17 – 20 Sept 2020) for a once-off fee of $7 USD (approximately R120). Virtual festival-goers will have four days of unlimited viewings of the official selection. To register and pre-order visit https://jozifilmfestival.vhx.tv/

“While we do not prescribe a theme each year, we do select films that speak to the issues we are facing here in South Africa, and as a global community. 2020 has been unprecedented,” says founder Lisa Henry, “and this is reflected in this year’s selection. If you get a chance to watch a few of our films, you’ll notice a thread of the marginalised and disenfranchised; from the immigrants stuck for years in a refugee camp on Samos (Samos: The Faces of Our Border), to the many left behind in “the New South Africa” on A New Country, to Deleted (UK) – a short documentary that follows the last 5 hours of a 59-year-old man before becoming homeless due to bureaucracy by the Dept. for Work and Pensions. Even the charming animation, Ruby & Roach (SA) about two unwanted slightly soiled sale toys is a story laden with metaphor about prejudice in society, as well as a statement about the mass manufactured generic things we all desire. Having said that, there’s plenty that will entertain too – amongst others, we have selected the quirky Reptilian from Hungary and the hilarious Blast from Nigeria about a call centre agent with tummy troubles…”

Jozi Film Festival  will also be running a competition asking audiences to tweet (@JoziFilmFest) or Instagram (jozifilmfest) a photo of themselves enjoying one of this year’s films at home. Upload your pic with #jozifilminvasion and the name of the film you’re watching and stand a chance to win a R500 Uber Eats voucher.

There will also be cash prizes for the best review of any of the selected films. Send your review (not more than 500 words) to lisa@jozifilmfestival.co.za by 23 September and the top three reviews will earn their writers R1 000 each.

Additionally, for the first time ever, Chubb will be awarding the Best Young Director a cash prize of R10 000.

The Jozi Film Festival is made possible with the help of sponsors and partners: Easy Equities, Chubb, Discovery Networks, CN&CO, Left Hand Films and Flow Communications.