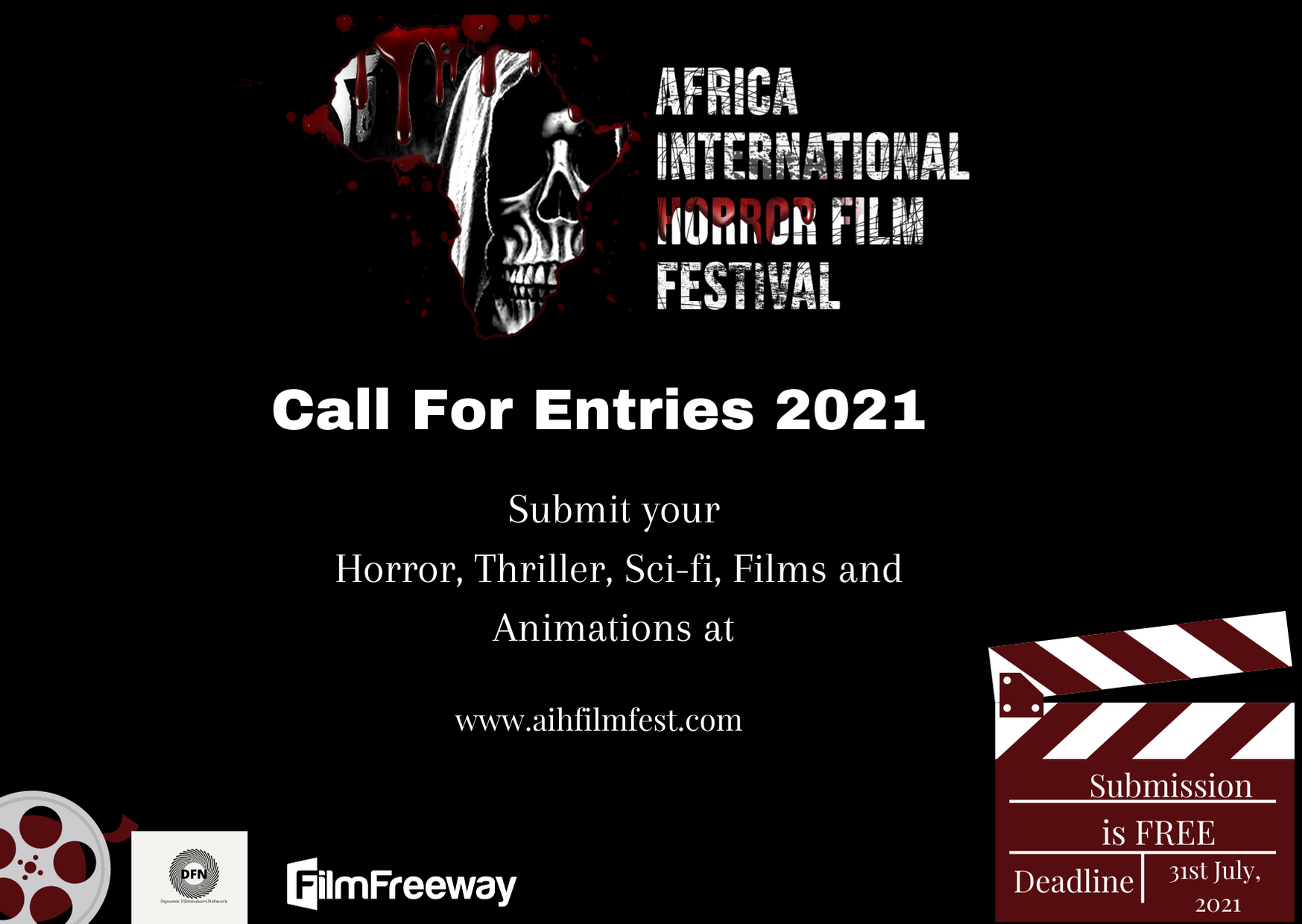 The African International Horror Film Festival (AIHFF) is a new annual event committed to bringing the best independent short and feature-length horror films to the best movie-watching audience in the world. The Festival is now accepting submissions for its first edition. Deadline for submissions is 31 July 2021.

AIHFF is on the lookout for dark, thrilling, and horror-themed short and feature-length films as well as animations – stories that will frighten the audience or drive them to the edge of their seat.

The festival seeks to give independent horror filmmakers in Africa and beyond a platform to showcase and promote their work. Filmmakers will also have the opportunity to interact and get feedback from the audience and industry professionals. In addition to the film screenings, there will be panel discussions and filmmaking workshops by industry professionals.

The selected judges will go through an intensive judges training program before watching the film submissions.