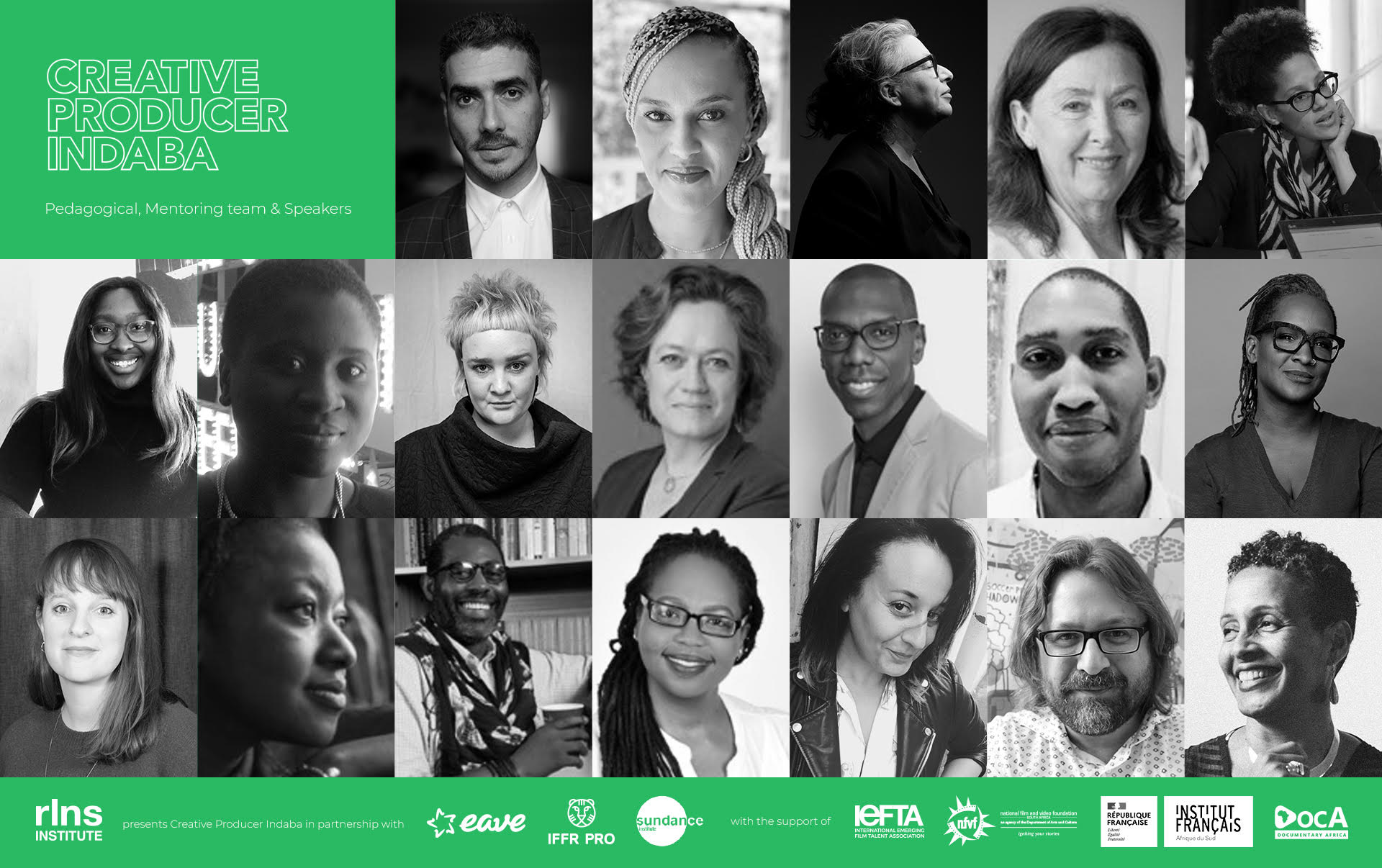 Creative Producer Indaba was created to provide professional training and hone the leadership skills of tenacious producers interested in building the African film industry. In this spirit, Indaba’s Opening Assembly on the 28th of August will take place as a Conversation on Leadership, moderated by African Group Leader and Realness Institute Co-Founder, Mehret Mandefro (A51 Pictures, Ethiopia and Truth Aid, USA). Our guests in conversation will be Tabitha Jackson – Director of Sundance Film Festival, Cara Mertes – Project Director of Moving Image Strategies at the Ford Foundation, and Makhosazana Khanyile – CEO of the National Film and Video Foundation of South Africa (NFVF). Furthermore there will be sessions with international producers and experts, including IFFR’s Hubert Bals Fund Manager Fay Breeman who will host a session on the process of funding applications.

The opening conversation is a highlight of our program as our leadership luminaries discuss what it means to: 1) to be a leader, 2) to build media infrastructure and support‘, and 3) to support artists.  Each of our guests has an impressive track record of leading, building, and funding creative work globally. Tabitha Jackson’s belief in the arts as a public good has filtered into her work over an expansive career of 25 years in film and public broadcasting, where she has uplifted independent and diverse voices in cinema and other art forms. Throughout her career as a nonprofit executive, award-winning executive producer and producer/director, broadcast programmer, curator, teacher, and writer, Cara Mertes has championed the leadership role of artists in society, and worked to harness the power of cultural expression to amplify awareness and accelerate progressive change. Makhosazana Khanyile has worked in media and broadcasting, with a focus on strategies and programming for the African continent for MNet and Fox Network Group. At the NFVF, she provides leadership to the most robust funding agency in Africa, bringing her expertise in forming long-term strategies in building the country’s filmmaking infrastructure.

“The new world order gave us the opportunity to tap into the most incredible professionals all over the globe to contribute to our program.” Says Creative Director of the Realness Institute and Indaba Head of Studies, Elias Ribeiro. “We are thrilled for Indaba participants and hope they will pay it forward in being active builders of the African Film Industry. We can achieve so much together by sharing information, good will and stablishing a network of producers all over the continent that is engaging their governments and policy makers to catalyze the establishment of new financial instruments and more public efforts in utilizing the powerful nation building tool that Cinema is.”

The first of two workshops then proceeds over two weeks with plenary sessions run by producers and experts who embody the spirit of the program itself. They are all leaders and are active professionals in their own countries.  The participants will be mentored by Group Leaders Diana Elbaum (Beluga Tree, Belgium) and Mehret Mandefro. The plenary workshops will be led by: Ama Ampadu (Saturday Films, UK); Cait Pansegrouw (Urucu, South Africa); Dayo Ogunyemi (Zuri 24 Media, Nigeria); Effie Brown (Gamechanger, USA); Femi Odugbemi (234 Media, Nigeria); Katy Lena (IndigoMood Films, Senegal); Linda Beath (Ideal Filmworks, Italy); Rosa Attab (France) and Steven Markowitz (Big World Cinema, South Africa). With a pulse on current industry trends, Indaba has invited Christopher Mack (Director of Creative Talent Investment and Development, Netflix) to host a masterclass on how packaging content for streaming platforms.

Fay Breeman, the manager of International Film Festival Rotterdam’s Hubert Bals Fund will be hosting an interactive session with both the Realness Screenwriters’ Residency and the Indaba participants. As the only international public fund that supports the development of African projects, this will be a fruitful exchange that will allow the producers to meet with Fay Breeman to discuss the application process and ask questions.

The producers will also have the opportunity to engage with the Realness screenwriting residents in an informal networking mixer. We see a clear overlap in the Screenwriters’ Residency and Indaba as an opportunity to bring these projects into contact with the Indaba producers, with the possibility of them collaborating. Creative Producer Indaba, which will start its program on the 31st of August, was conceptualized as a vehicle to hone the creative and entrepreneurial skills of producers working in Africa. The program design and financing was helmed by URUCU producer and leader in his own right, Elias Ribeiro, co-founder of the Realness Institute. He led CTIFMF Industry Program in 2018 and serves as an advisory board member to Ladima Foundation and Screen Worlds.

Space will be made available on a first come first serve basis until we reach capacity.