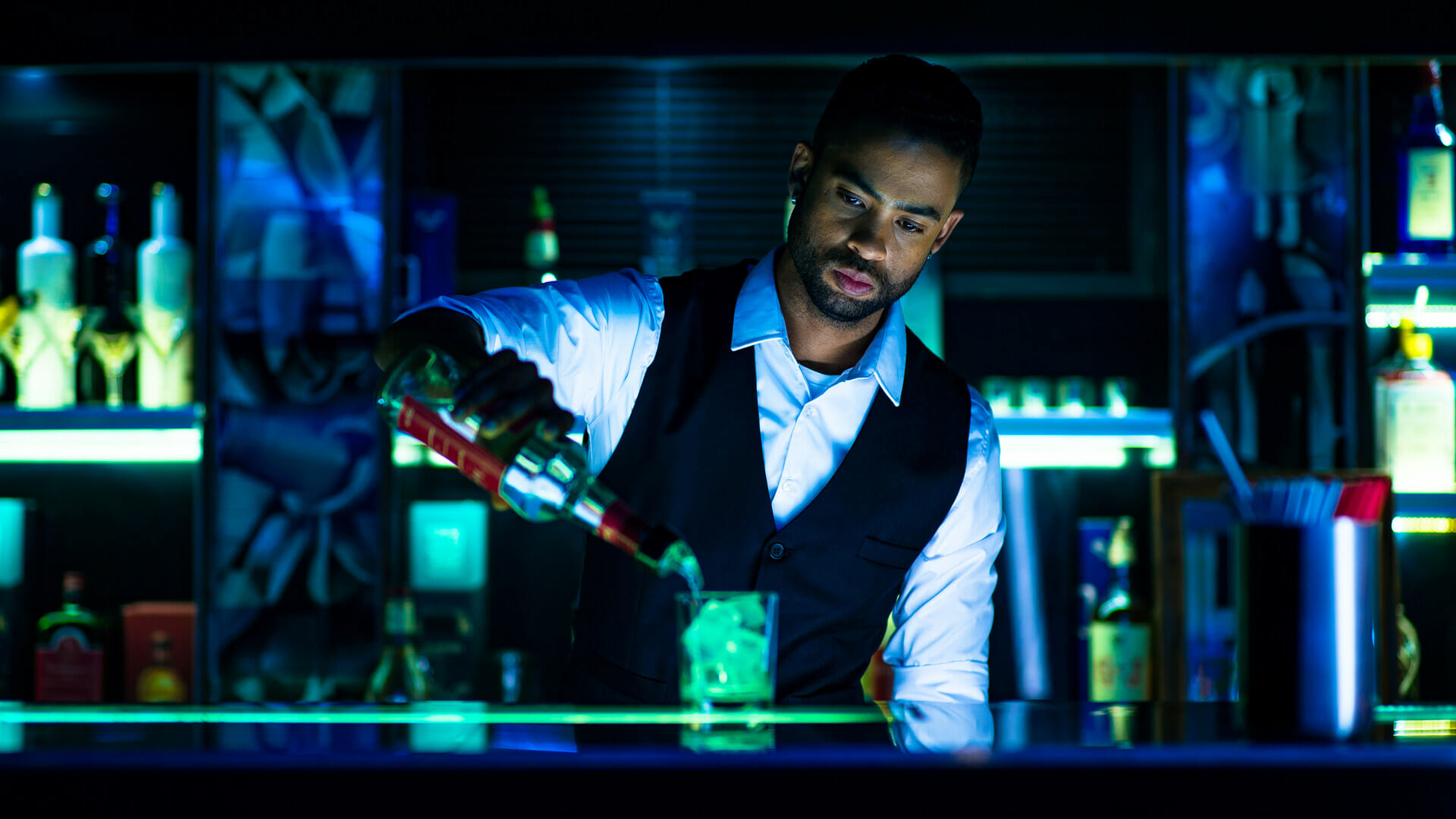 The Showmax Original Skemerdans is currently in production in Cape Town. The Cape Flats neo-noir is expected to launch on Showmax in 2021. After the murder of owner Glenn Fortune, The Oasis jazz club becomes the centre of a power struggle between two brothers, a scorned widow and an organised crime syndicate.

2019 Comics Choice nominee – and Good Hope FM Happy Hour host – Carl Weber also stars as one of the Adams brothers, mob bosses who are busy buying up the strip around The Oasis. Bongo Mbutuma (Die Spreeus, Erfsondes) plays his partner in crime and brother from another mother.

Filming is taking place along Voortrekker Road and at Club Galaxy in Rylands, arguably Cape Town’s most famous club ever since it opened in 1978, which is doubling as both The Oasis and the Adams brothers’ strip club The Velvet Room. SAFTA-winning DOP Chris Lotz (Jan, The Endless River, Rage, Shoreline) is shooting mostly between dusk and dawn, leaning into the shadows, silhouettes and neon lighting that makes the locations so perfect for a noir series.

“We wrote the story with Galaxy and Voortrekker Road in mind,” says Amy. “We wanted to take these completely local settings and give them the same treatment we associate with LA noir, to make them feel as cinematic and iconic.”

A organic, hyper-local mix of both Afrikaans and English, the 13-part half-hour series will launch on Showmax in 2021, with a nostalgic Cape jazz soundtrack guaranteed to take you back to your own time on the Galaxy dancefloor as you try figure out who killed Glenn Fortune, and why.