Shedding light on ‘The Shrink Next Door’ 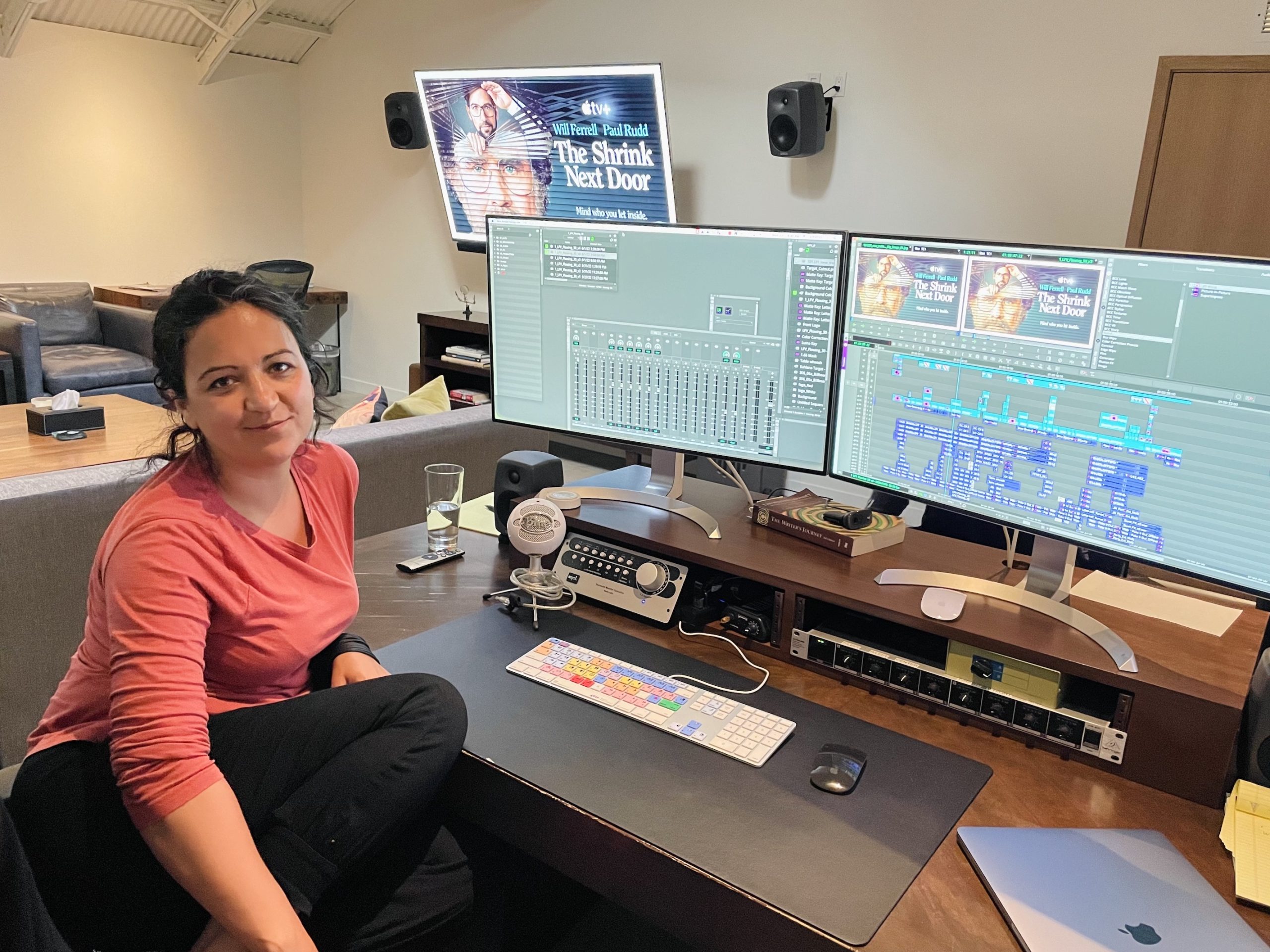 Since relocating to the US some years ago, the noted South African film editor Eileen de Klerk (a Cape Town AFDA graduate) has continued to achieve considerable success, with a string of high-end TV series and other projects in Hollywood. Ms. De Klerk has recently notched up her career trajectory by working on one of the international film industry’s most notable projects of 2021 – the dark comedy drama, The Shrink Next Door.

Starring Will Ferrell, Paul Rudd, Kathryn Hahn, Casey Wilson, and Cornell Womack, the eight-episode mini-series is inspired by the true story of Marty and the therapist who turned his life around then took it over. When he first meets Dr Ike, Marty just wants to get better at boundaries; he then learns all about them and what happens when they are crossed.

Based on The Shrink Next Door podcast by investigative journalist Joe Nocera, and directed by Jesse Peretz and Michael Showalter, with music by Joshua Moshier, the one-season series was developed by Georgia Pritchard for the production company, Bloomberg Media. It premiered on Apple TV Network, the first episode airing on 12 November 2021.

This chilling saga left readers dumbfounded as they learned how the charismatic shrink, who ultimately was struck off the roll for extortion, corruption, and betrayal, had partied with A-list stars and celebrities as he took over his wealthy patient’s whole life, hiring buses to transport groups of 70 to 170 guests to his appropriated luxury Hamptons abode on the US East Coast for weekend champagne lifestyle retreats.

Readers are advised to check out their local What’s On entertainment columns and online movie guides, for screening news of the not-to-be-missed The Shrink Next Door.

Besides taking one of the Editor’s chairs on The Shrink Next Door, Eileen de Klerk’s filmography portfolio in the United States already includes an impressive line-up of editing credits. These include the following titles: Dark Cargo; Resident Evil: The Final Chapter; and Momentum, just to name a few.