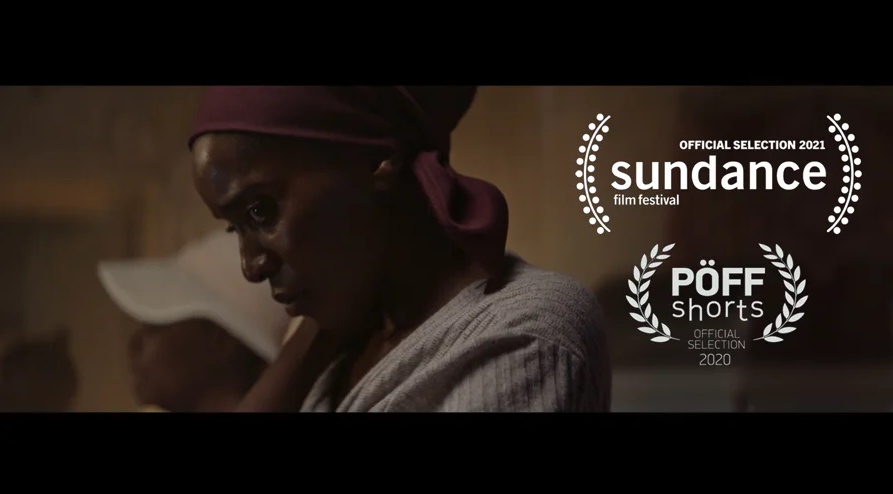 Five Tiger, the short film debut of South African writer/director Nomawonga Khumalo has been selected to play in the 2021 Sundance Film Festival. Set in present day South Africa, Five Tiger tells the story of Fiona, a god-fearing woman, who finds herself in a transactional relationship with the leader of her church as she tries to support her sick husband and daughter. An intersectional approach to exploring feminism within the religious construct, the film was described as ‘transcendent of centuries and continents’ by Makhosazana Khanyile, the CEO of the National Film & Video Foundation of South Africa.

“I was over the moon,” says Nomawonga after finding out about her selection. “Beyond the joy of being able to tell stories that are important to me, there is a great pleasure that comes with knowing that the story resonated with the programmers of a festival as prestigious as Sundance.

Five Tiger was inspired by a conversation that Nomawonga had with a prostitute who she met while working on a television production that was filming on the outskirts of Johannesburg in 2019. “After the thin piece of fabric that was holding the twigs she was carrying broke, I found myself with an opportunity to engage with a woman both culture and religion had advised I either judge or treat as invisible. We engaged in light banter and went our separate ways, the interaction lingering with me long after the sun had set. She told me that she believed that as long as she was able to work hard and tithe, God would provide for her and her family. As I replayed the interaction, I couldn’t help but feel bitter over how this woman’s faith kept her hope for a better life burning but, in reality, did little to change her circumstances.”

Five Tiger is a proof of concept for Nomawonga’s feature debut, The Bursary, a film that looks at the practice of virginity testing and maiden bursaries in contemporary South Africa. The script was written with producer Brett Michael Innes (Sink, Fiela se Kind) and was shortlisted for the 2020 Sundance Development Lab and 2021 Cinemart after being selected for the 2019 Durban FilmMart where it was named ‘Best South African Feature’.

“We are incredibly excited for what the Five Tiger Sundance selection means both for Nomawonga and The Bursary” says Innes. “The script is dear to both of us and the producing team can’t wait to see her bring it to life. We’ve assembled an incredible group to support her, from Paulo Areal and Schalk Burger who produced Ellen Pakkies to one of the leading film producers in the Netherlands, Raymond van der Kaaij of Revolver Amsterdam.”

Five Tiger will have its Sundance run from 28 January – 3 February 2021 and The Bursary is expected to go into production in the second quarter of next year.