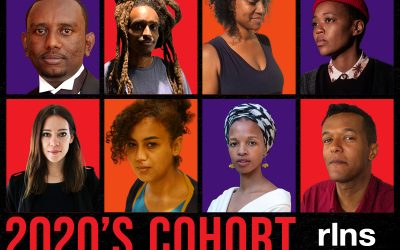 Realness Institute is holding its first ever public project presentation tonight, 2 September at 17:00-19:00. After 9 weeks of incubation with Realness Screenwriters’ Residency – which includes engagement with story consultants and industry mentors, the 2020 residents will be presenting the fruits of their labour.

This year, the residency took an online format, whereby the residency was split into 3 workshops, with a specific focus on a phase of development; Writing, Rewriting and Packaging. “The core framework of the residency has not changed, and from my experience with past editions, neither has the outcome. Even in these challenging times, each resident has grown in leaps and bounds. They have grown their projects and in themselves as filmmakers.” says Asanda Biyana, Program Manager.

Realness Institute is committed to building the ecosystem in local markets throughout Africa for all filmmakers and supporting the changemaker artists that will catalyze them; therefore, the presentation will double as a networking event for writers to meet producers. The residents will be joined by the inaugural cohort of producers taking part in Creative Producer Indaba, as well as industry professionals in sales, distribution, film labs and funding bodies including International Film Festival Rotterdam’s Hubert Bals Fund.

“I’m very excited to participate in the Realness pitch day. As a sales agent, we have been looking closely at what is happening in Africa, representing in 2020 Lemohang Jeremiah Mosese’s debut This is not a Burial, It’s a Resurrection (Lesotho), as well as Philippe Lacote’s Venice entry Night of Kings (Ivory Coast). We love the initiative – new voices and an eclectic panel of talent from the whole continent. We will be paying close attention and expect to hear about very original projects,” says Naima Abed from Memento Films International.

This event will also mark the 5-year anniversary of Realness Pan-African Screenwriters’ Residency with 36 feature length film projects supported from 16 countries throughout Africa at various stages of financing. As we cross this milestone, we are also expanding our programming offering with the addition of Creative Producer Indaba. To celebrate this milestone, Realness Institute has compiled a retrospective document to showcase the projects that have passed through the Screenwriters’ Residency.  This document can be found on the Realness Institute website at the following link: https://www.realness.institute/realness-residency

To gain access to the public presentation, please email ab@realness.institute