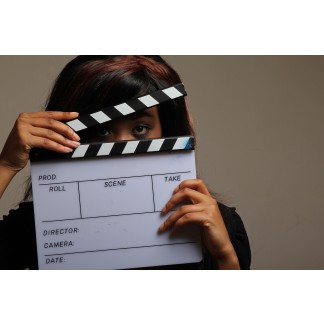 The National Film and Video Foundation (NFVF), the Industrial Development Corporation (IDC), and the Department of Trade Industry and Competition (DTIC) are inviting emerging black filmmakers to submit proposals for consideration under the Emerging Black Filmmakers Transformation Fund (EBFTF). The EBFTF provides financial, marketing, and other related support to emerging black filmmakers.

The fund has been designed for Black filmmakers (Black Directors and or Producers) with limited experience but who have developed and produced 1-2 feature films, television fiction or documentaries for theatrical release or television broadcast or 2-3 short films or 2-3 commercials seeking to venture into feature film development and production.

The Emerging Black Filmmakers Transformation Fund (EBFTF) is aimed at developing and supporting local emerging black directors and producers by providing financial and other support. The IDC and NFVF expect that the Fund will create a sustainable South African film industry. It is a tailor-made solution given the challenges that black filmmakers face. It is crafted to strengthen the local film production industry, ensuring that filmmakers create compelling content for South African consumption. Funding will be limited to three qualifying and viable feature films per annum.

Black filmmakers are requested to submit proposals based on the following criteria:

3)    Where the producer is Black, but not emerging (5 feature films) – then the black director must own at least 50% of the film rights.

Information to be provided with the application must include:

CVs for the key creative team:

Production company – experience and previous productions involved in; and

Budgets that are above the fund amount of R6 million will not be considered. Applications will close on the: 9th of February 2021 Kindly email all content queries to Refiloe Hlabioa at refiloeh@nfvf.co.za