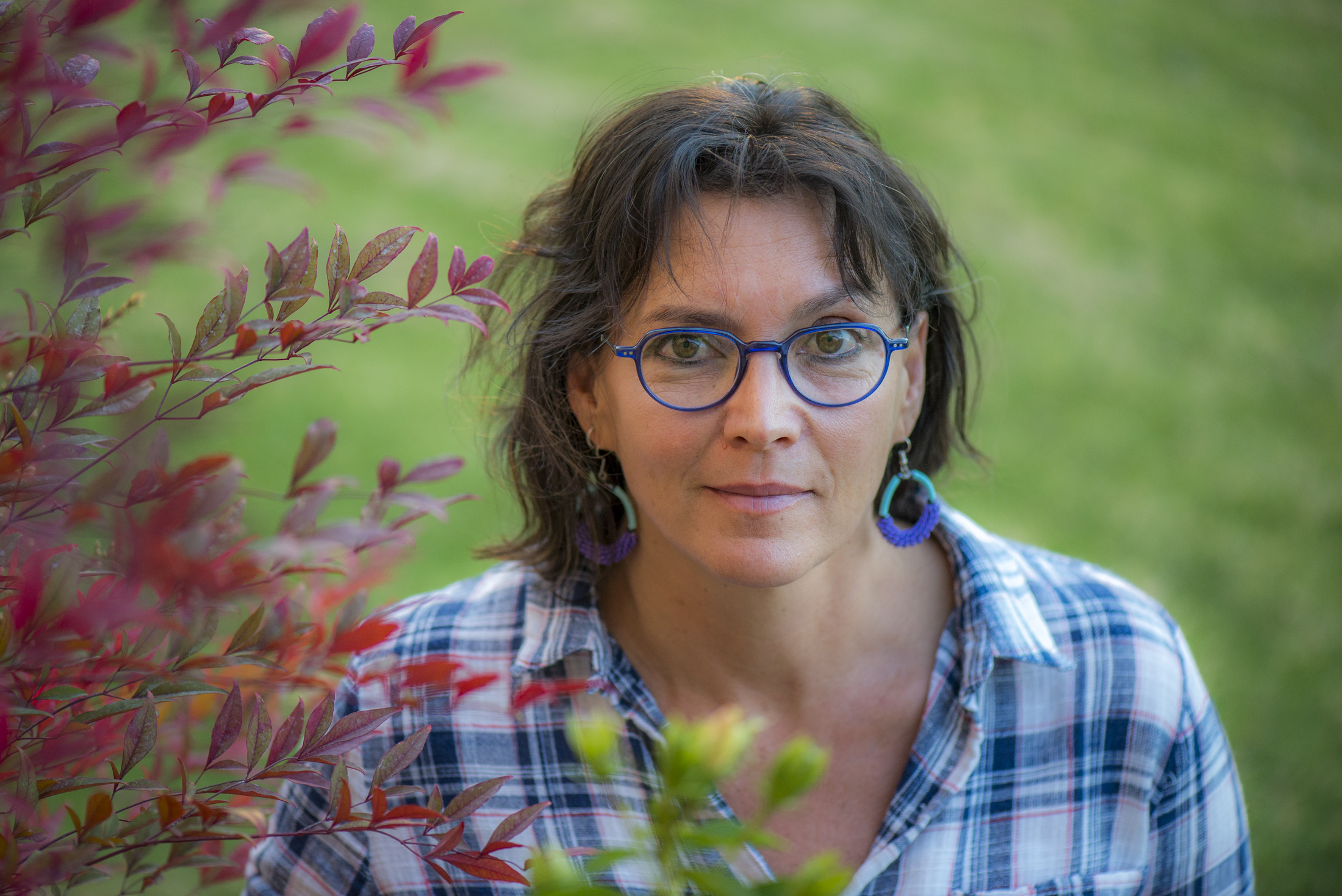 Sara is the founder of Sisters Working in Film and Television (SWIFT) – a South African NGO, focussed on the common concerns and shared experiences of women working in film and television. In 2019, she qualified as South Africa’s first Intimacy Coordinator – someone who, in theatre, film and television productions, ensures the well-being of actors who participate in sex scenes or other intimate scenes – and held a masterclass on the concept of Intimacy Coordination, what it is and how it works.

Please give us a sense of your background in film? Was a career in Film & Television always the plan?

Not at all. Actually I was living in Paris. I had, seriously, no money. I was working as a waitress and babysitter and pretty much doing everything I could to feed myself. Anyway, I met this
guy and he invited me to a party. It was by far the coolest party, with the hippest people,
I’d been to in all my time in Paris.

So eventually someone came up to me and started talking to me. He introduced himself
as a photographer and asked me what I did. Seriously, this was the moment I decided
to be a filmmaker. I decided right there and then that I would never again be at a party like this and have to say I was a waitress, or a babysitter. That simply wasn’t the plan for my life. So I went back to New York and enrolled in film school. Not a sexy story but a true one.

What would you say makes a great director?

Having something you want to say.

As a celebrated, multi-award-winning female director in South Africa, how do you keep succeeding in a particularly male-dominated industry?

Mostly, I simply don’t ever give up.

You are the founder of the SA NGO, Sisters Working in Film and Television (SWIFT) – what led to the establishment of SWIFT?

I got sick and tired of the way women were treated on set, and realised that something had to be done about it and if I kept sitting around waiting for someone else to do something, nothing would get done. Luckily for me I managed to find an extraordinary group of young women who all felt the same way and together we built up SWIFT.

As South Africa’s first Intimacy Coordinator, please tell us what exactly is the role of an intimacy coordinator and why is it so important on set?

Wikipedia defines an intimacy co-ordinator as a staff member who, in theatre, film and television productions, ensures the well-being of actors who participates in sex scenes or other intimate scenes. And I think this is a good definition. I would, however, add to this definition: ‘and who also works closely with the director and the actors to help choreograph the scene and realise his or her vision for the production such that it best serves the character and the story’.

Intimacy co-ordinators are quite similar to stunt coordinators in that they work with the directors on intimacy scenes to ensure the scenes are safe for all the participants; and that the simulated action is made to look as convincing and real as possible while serving  both character and story in the production.

The #MeToo movement really highlighted the routine nature of sexual harassment and misconduct in the industry. Particularly for performers. And as this happened more and more people started standing up and refusing to be bullied into doing things they weren’t comfortable with. Once you recognise how potentially dangerous these scenes can be for everyone involved in them, it’s a short step from there to realising that a new way needs to be found to handle them safely. Intimacy coordination really brings a process to sets around intimate scenes that protect all cast and crew.

With regards to diversity and gender-equality in the South African and African film & TV industry, what is the climate like in your experience?

It is certainly getting better. Day by day.  And while this can be attributed to the fact that government grants and funding have really been incredibly effective in diversifying the industry, I think equally important has been the fact that the industry is actually quite responsive to audience tastes. It isn’t at all surprising to me that the films that did best at the box office last year were mostly directed by women. And many of them women of colour.

What was been the biggest challenging of your career thus far?

Like many other female directors, the greatest challenge in my career has been to find work. Up until recently I had never directed anything that I didn’t create and produce, so that I could direct – which is precisely how I overcame that challenge. If no one would hire me to direct then I’d simply create projects so I could be the one to decide who would direct.

And what has been the highlight/s of your career in the industry?

That’s a tough one. There have been lots.

Having two feature films (Ayanda and Dis Ek, Anna) screen at the same time at a cinema in Rosebank – that was fantastic.  Obviously the journey getting there was epic as well but it really was an incredible feeling to be the only women ever to do that.

It was the same thing when both these films were nominated for a South African Film & Television Award (SAFTA) at the same time. That was a real highlight – especially when Dis Ek, Anna won.

Equally epic was when my young teenage daughter and her friends discovered I’d worked on Paris Is Burning. That made me instantly one of the very cool moms and was a total highlight – even though in all truthfulness it really was my first film-related job out of college and I was simply a PA who guarded equipment in the back of a van in the middle of the night in Harlem.

What advice would you give to young females wanting to succeed in this industry?

Being an artist, it’s always tempting to measure success through other people’s eyes – be they critics or journalists, or audiences. But as I have gotten older I have come to realise what a terribly dangerous thing this can be. Art is incredibly subjective. What is considered ‘great art’ to one person isn’t necessarily to another. So these days I measure the success of my work by the way I feel about a film before anyone else has seen it. I think I can now trust myself to know when the work is good and deep and interesting and when it isn’t.

What next for Sara Blecher?

The lockdown has really been a blessing for me in some ways because it has given me time to reassess my life and decide how I want to focus going forward. It’s also been an incredibly productive and  creative time for me. I am heading back towards my true love, which is documentary film for a bit and working on a very exciting series. I also am in development with a couple of feature films. One called The Nightingale, which is based on Moe Shaiks novel called ‘The ANC Spy Bible’, and the other one called Charlie, which is the about rhino poaching.  We are aiming to shoot both of them early next year.