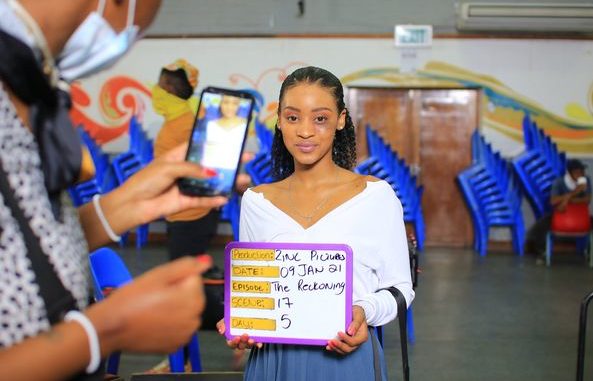 The National Film and Video Foundation (NFVF) would like to invite Tier 2 production companies to submit an application to facilitate the Female Filmmaker Project for a 3-year period in an effort to assist in carrying out its mandate with respect to providing opportunities for female entrants within the industry.

Female Filmmaker project is a valuable intervention by the NFVF to provide female entrants, particularly those from historically disadvantaged backgrounds, with an opportunity to produce a short film in collaboration with other female writers and directors. It is a skills development programme which seeks to upskill female filmmakers and mentor them through their short film. The female filmmaker project is targeted at emerging filmmakers who aspire to be great directors/writers and who have not had the opportunity to make a commercial film either for television or cinema. The successful production company must manage, execute and deliver 10 films each year, over a period of three years, of which each must be made by a team of mostly female filmmakers and females in all key creative roles.

The aim of the female filmmaker project is:

The successful fascilitating production company will be responsible for but not limited to, the following activities in relation to the programme:

The successful production company will be required to manage, execute and deliver all 10 films over a period of 3 years, each of which must be made, as completely as possible, by a team of female filmmakers. The overall funding awarded will be R15 000 000 over 3 years, R5 000 000 will be disbursed each year.

The Company must select a team of filmmakers in accordance with a call for submissions, which must be approved by the NFVF prior to being published and must include (not exclusively) the following criteria for submissions:

–       Female applicants with a minimum of two years’ experience in the industry in any department;

–       Preference given to females who have not had an opportunity to make a film;

–       Female individuals may  both write and direct.

The Company in collaboration with the NFVF will agree on the stories to go into development, which development process will be managed by the Company

Upon completion of the development of the scripts, the Company and the NFVF will select the best scripts for production.

The company will facilitate the programme in it.

Who Qualifies to Apply

To be eligible for selection to manage, execute and deliver the films, the production company must:

The Company must be able to commit and adhere to the following terms of the NFVF brief:

All applicants should provide the following documentation:

FAILURE TO COMPLY WILL RESULT IN DISQUALIFICATION

Proof of additional financing (where applicable)

LATE APPLICATIONS WILL NOT BE CONSIDERED.