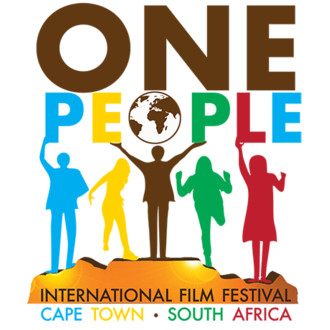 One People International Film Festival (OPIFF) champions content creators from around the world regardless of their language, origin, orientation, race, or religion. Founded in 2020, OPIFF will open its doors for the first time from 26 April – 2 May 2021 in Cape Town, South Africa. The festival aims to create an intimate and collaborative space for filmmakers, holding a range of events from masterclasses by renowned cinema professionals, an array of international film and cutting-edge documentary programmes, co-production networking opportunities, and red-carpet premieres.

With an emphasis on showcasing films that celebrate diversity and inclusion, OPIFF’s programme of narrative, documentary, and animated films aims to contribute to uniting communities from across the globe. In addition, the festival recognises First, Native, and Indigenous Peoples of the world and is committed to supporting and championing filmmakers from these marginalized communities. OPIFF aims to provide a platform that showcases an inclusive ONE world on-screen.

British-Nigerian actor Hakeem Kae-Kazim said: “This amazing new film festival will give a voice to many of the voiceless creators from around the world. This initial OPIFF will take place in Cape Town, South Africa, that has 11 official languages, and a city I would easily describe as one of the most beautiful in the world. The country goes under the banner one nation many people and is on a continent that is probably the most culturally and linguistically diverse on the planet. Seems a just and fitting beginning to telling the many stories humanity in all its guises has to tell. I am so looking forward to the celebration of the narrative of humanity that this festival will be.”

South African actress, Jolene Martin, commented: “Southern Africa is the cradle of humankind and so arguably could be considered as the birthplace of storytelling. The evocative illustrations of my first nation ancestors adorn our mountains, still today, as evidence of their ancient folklore and spiritual beliefs. I like to think these stories are waiting…waiting to be re-imagined through the medium we as filmmakers and practitioners love so much. As an actress and as host of the One People International Film Festival, it fills me with great pride to participate in a project which allows us to bring story-telling back to its birthplace.”

The chairperson of Cinema Libre Studios in Los Angeles (LA), Philippe Diaz, said: “When most film festivals go more and more the commercial way and celebrate only recognised filmmakers, it is great to see that a new festival will not only give a voice to new talents, but also voiceless talents by supporting indigenous filmmakers. I am proud that Cinema Libre Studio is part of a festival that will contribute in making a more unified world, affirming that we are one people.”

As the hosts, South African filmmakers are encouraged to submit their entries, as they are eligible for free entry.

The submission categories are as follows:

Click here for more information or to submit your film.