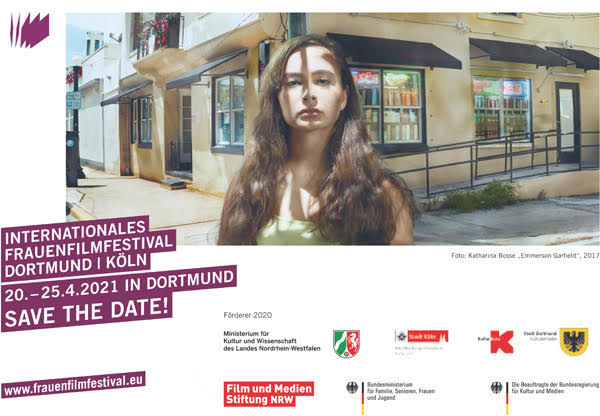 The Dortmund | Cologne International Women’s Film Festival – set to take place from 20 – 25 April 2021 – presents a broad-based programme with films made by women directors from all over the world.

For the 2021 edition in Dortmund, Germany the festival is accepting films by women directors for the following categories:

Fictional feature films that have been completed after 1 April 2019. Only feature films with a running time of at least 65 minutes are permitted.

International documentary and experimental films completed after 1 November 2019. Only films with a running time of at least 60 minutes are permitted.

International lesbian, transgender and queer films completed after 1 November 2019. All lengths and genres.

If you identify as trans*, inter*, cis or gender-queer (no cis-males), please submit your films.

International films for children and young people which were completed after 1 April 2019. All lengths and genres.