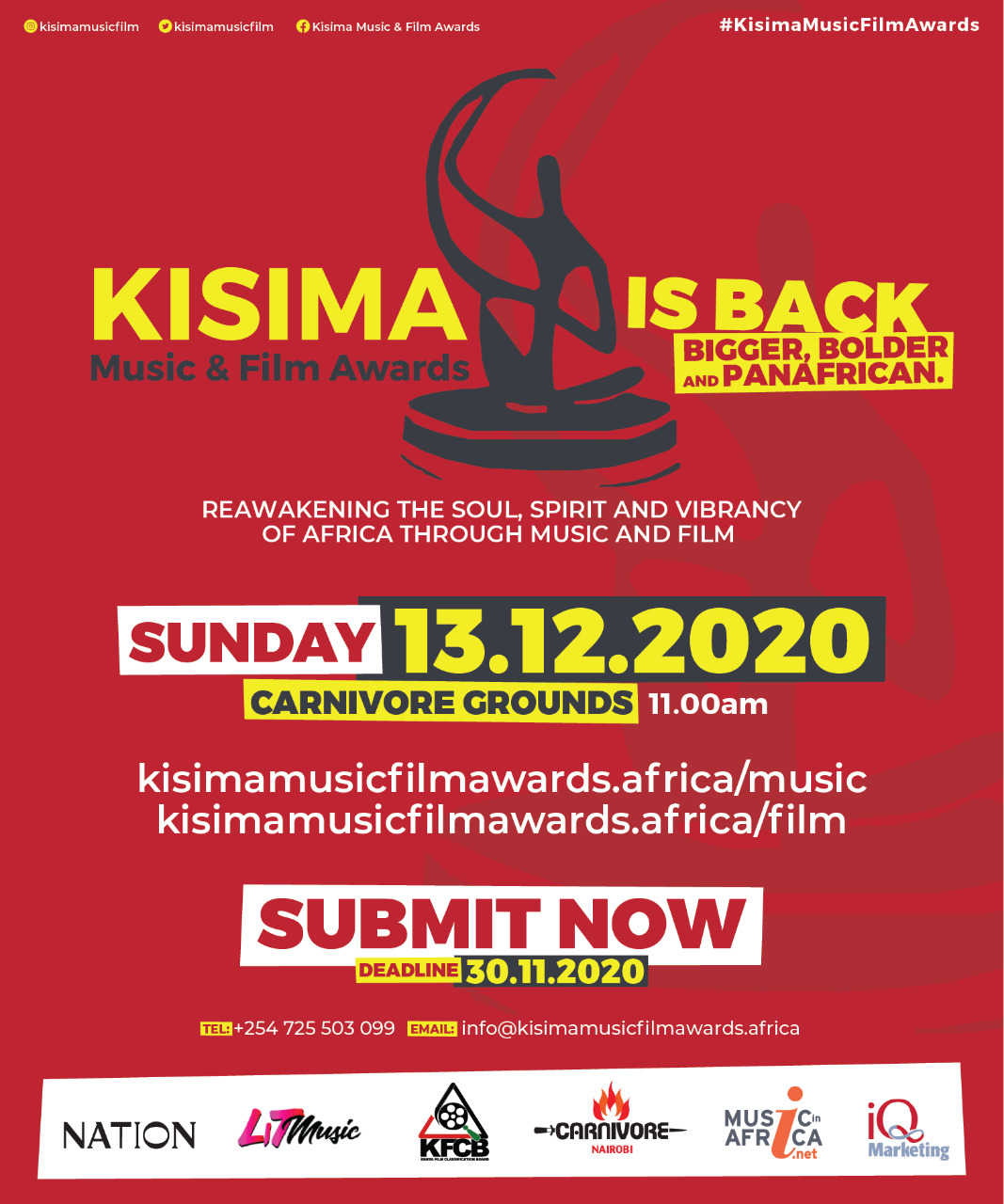 The organisers of the Kisima Music and Film Awards (KMFAs) 2020 are calling on African filmmakers and musicians to submit their works ahead of the awards ceremony set to take place at the Carnivore Grounds in Nairobi, Kenya on 13 December. The submission deadline is 30 November.

The awards, which were first held in 1997, have been relaunched as the Kisima Music and Film Awards – after a seven-year hiatus – to recognise players in Africa’s music and film industries. KMFAs chairperson Fred Simiyu says that the KMFAs will be held in a different African country every year.

“We are relaunching and rebranding as a pan-African event, and the biggest differentiator is that we are including film,” says Simiyu. “…We want to tap into the talent of art, music and film through the storytelling of our culture.”

The film section of the awards will accept entries from directors, producers, scriptwriters, editors, directors of photography, production designers and sound designers. The awards will recognise films produced between January 2019 and November 2020 in the following categories:

Artists, producers and record labels can submit entries for the 2020 awards which will recognise musical works produced between October 2019 and October 2020 in the following 18 categories: