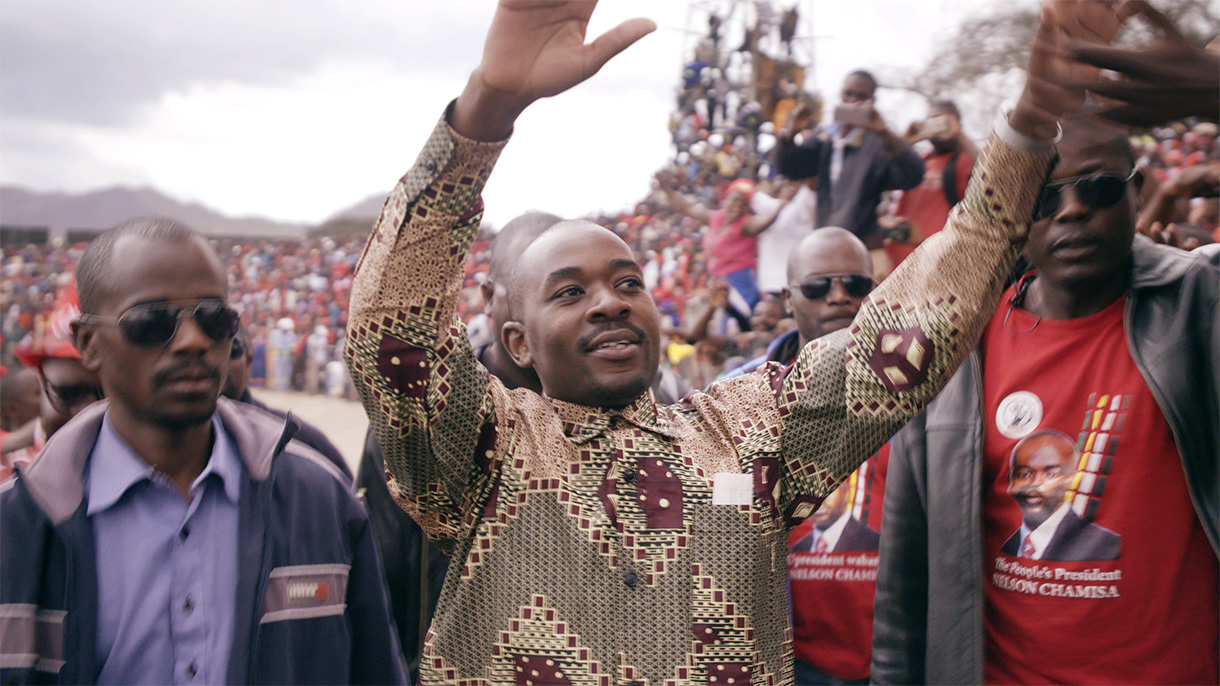 The award-winning, gut-punching docu-thriller, PRESIDENT, which follows the corruption-riddled 2018 Zimbabwean elections, has been announced as the opening night film for the Encounters South African International Documentary Festival, which takes place “virtually everywhere”  from 10 to 20 June 2021.

Following director Camilla Nielsson’s acclaimed 2014 film DEMOCRATS, the investigative documentary about the country’s first constitution after three decades of dictatorship rule by President Robert Mugabe, she returns to Zimbabwe to cover the elections after a military coup eight months earlier.

Winner of the Special Jury Award for Cinema Verité Filmmaking at the renowned Sundance Film Festival this year,  PRESIDENT is a spine-tingling account of these elections, viewed from within the campaign of young opposition candidate, Nelson Chamisa, exposing the unbelievable and astonishing outcome and its chilling aftermath.

The film is described as “a fly-on-the-wall account of Chamisa’s campaign, combined with hair-raising battleground reporting and a legal thriller about the fight for the soul of a democracy.”

“We are delighted to open the 23rd edition of Encounters with PRESIDENT, by Camilla Nielsson, one of the most exciting and shocking documentaries of the year” says Festival Director Mandisa Zitha.

“As the pandemic continues to devastate film festivals around the world, Encounters is no exception. We are grateful to return with our pick of important documentaries that will ignite conversations and bring our community together again, through the online secure cinema platform. We are increasingly engaged with the transformation of the industry during COVID-19 and have planned a series of thought-provoking talks and panels to discuss the shifts in craft and business.”

Encounters South African International Documentary Festival takes place online and at the Bioscope in JHB from 10 to 20 June. Ticket prices for this year’s online edition are R60 per Single Feature Ticket, R500 for an Unlimited Festival Pass, R70 for Bioscope JHB only and All Shorts are FREE. For more information go to https://encounters.co.za.