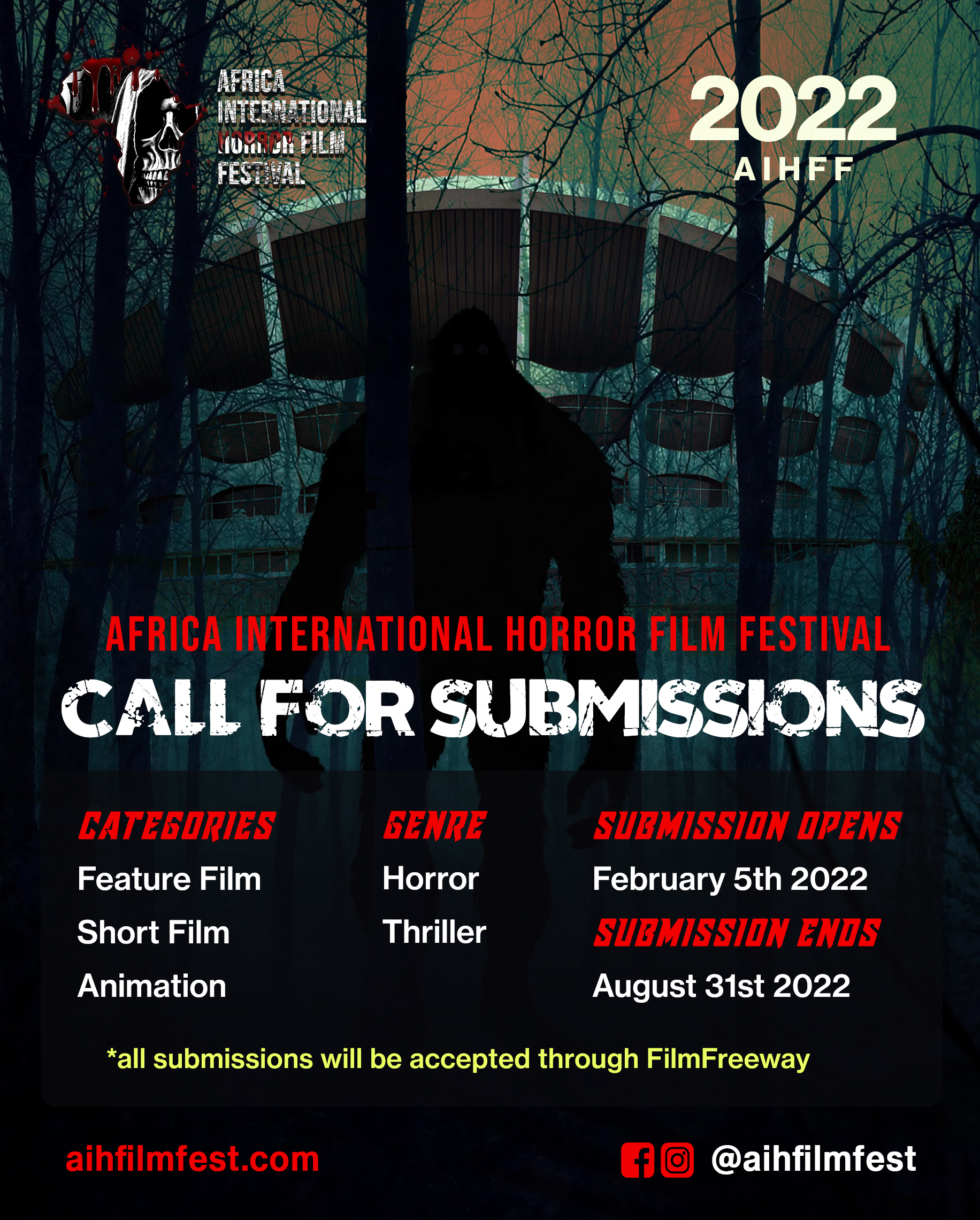 The African International Horror Film Festival (AHFF) is an annual event committed to reviving the African horror cinema by promoting and celebrating the works of African and International independent horror filmmakers. The first edition had over 3,000 submissions from filmmakers all around the world.

The Festival is now accepting submissions for its second edition until 31st August 2022.

AIHFF is on the lookout for dark, thrilling, and horrific short and feature-length films as well as animations – stories that will frighten the audience or drive them to the edge of their seat. All submissions should be made through FilmFreeway.

Victor Okahi, the National President, Directors Guild of Nigeria pointed out that Africa International Horror Film Festival is a unique initiative and the best platform for any independent horror filmmaker in Africa and beyond.

Film producer and director, Tolulope Ajayi also pointed out that “Horror is interwoven in our storytelling as African and it is great that we are finally having a platform to celebrate this genre in Africa”.

The founder of Africa International Horror Film Festival, Ann Nneoha Sarafina, expressed high hopes for the second edition. According to her, “Our goal with AIHFF is to keep introducing bigger and better opportunities to filmmakers under our platform. Winners from the past edition have had the opportunity to submit their films to other international genre film festivals. We will keep extending our reach beyond Africa. This year’s edition promises to be bigger and better”.

The festival is scheduled to hold in October 2022 and awards will be given in the following categories – Best Feature, Directing, Cinematography, Editing, Special Effects, and Musical Score. In addition, there are special categories for Best Animation, Best Short, Audience choice award, Best Experimental Film, and Best Student Film.

In addition to the awards, winning filmmakers in the categories below will walk home with Cash Prizes.

To submit your film, visit – https://filmfreeway.com/aihfilmfest